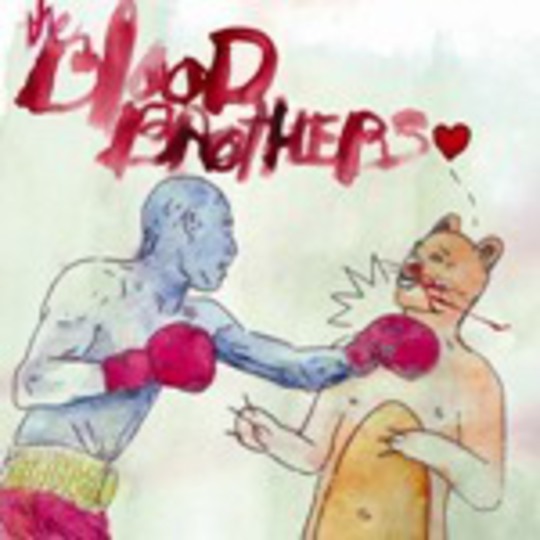 ‘Laser Life’ is single number two from album number… let me count… five. The facts are that it’s a song made by five men, The Blood Brothers; it has keyboards and guitars and drums and singing – after a fashion – in it; it’s released by a record label and is available in shops. Or to download. Whatever. Oh, and it’s very good. Very good. And you should procure it at your next available opportunity, unless you already own LP number five, the excellent Young Machetes. In which case you already know that not shaking it like violently spilling the dregs of a juice Tetra Pak simply isn’t happening. Dance, punk, dance.

Fiction’s so much more fun than the boredom of fact.

If all pop music sounded like The Blood Brothers then DiS wouldn’t exist. We wouldn’t need to, as our job would be done by the charts, week in and week out. This is such a wonderfully out-there-but-in-here song, the sort that buries itself deep within your butt muscles, that its exposure to a massive and massively sceptical audience can only be a good thing. Download, exchange cash for, et cetera. Get.

And air-key along with the intro, drum your desk with shattered fingers, and shake your hips ‘til replacement surgery is knocking at your door at 20-something years old. Painfully brilliant.

Friends of the Bride