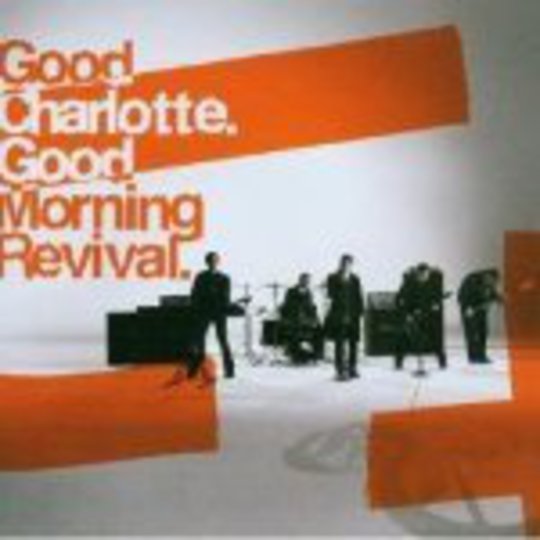 No matter how many tattoos they get, or how much they crank up the guitar volume in the studio, Good Charlotte are nothing more than a well-marketed pop band.

And there’s something about that latest single, ‘Keep Your Hands Off My Girl’, that shouts apathy, as though Joel Madden recognises - as he chants the monotone, insistent rap - just who he is when it’s all stripped away. Just how much of a con it all is. Just how vacant the music his band makes is.

Look closely into his eyes as he sings away on Popworld, and you see his self-worth dissolving. To be honest, he probably never thought his band would still be around by the time of this, their fourth, album. ‘Lifestyles Of The Rich And Famous’ reeked of one-hit-wonder, after all.

So you can only really judge Good Morning Revival as a pop album, because it’s about as punk rock as the ironed-in creases on David Cameron’s jeans. On that basis, this is a relatively successful record, especially near the start. ‘Misery’ and ‘Dance Floor Anthem’ are formulaic but effective, built on reedy, tinny, sythesized guitar riffs, and rising to fist-pumping choruses, and then _‘Keep Your Hands Off My Girl’ _rams its message into your skull like a stubborn, insistent woodpecker (with all the agony that implies).

The stall is set. The pop is soulless but effective. Then it starts to slip. “Everybody’s been hurt by somebody before / You can change, but you’ll always come back for more,” Madden sings on ‘Victims Of Love’, and the shamelessness of the whole exercise slaps you across the chops. Who sings a line like that and holds his head up high? The façade crumbles for good as the pop veneer cracks: ‘Where Would We Be Now’ is an arduous four-minute trial of tedium; ‘All Black’ opens with 40 seconds of goth bollocks before spouting trite shite about colour contrasts.

You know what you’re getting with Good Charlotte, and while it’s all very well and respectable to make shapes on the dance floor to one of their tunes after several pints, buying this album is both pointless and foolish. It’s a pop album; just burn the singles if you must.