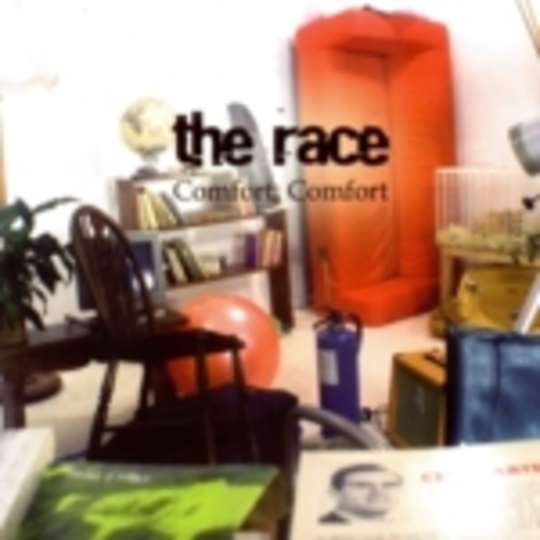 Consistency in music is a pretty handy quality to have, and so far in their brief career The Race have consistently done just enough to get themselves noticed in the perpetually oversaturated indie market. Debut album Be Your Alibi was laced with enough big choruses to catch the eye of those in search of giddy pop thrills, and peppered in places with mild fury.

Umpteenth single ‘Comfort, Comfort’ is more the former than the latter, full of echoing guitars and soft vocals mirroring Kele Okereke’s most tender moments, before the heavy breathing of the verse is booted out by stadium-sized drums, foot stomps, handclaps and the soul-searching boy/girl cry of “Comfort, comfort / Do I really want it?” in the chorus. And that’s more or less it, falling short of even the two-and-a-half-minute mark and landing somewhere between The Maccabees' 'First Love' and a feistier Captain, before upbeat, kazoo-heavy b-side 'Elderly Care' lightens the mood suitably.

With the briefest of choruses, ‘Comfort, Comfort’ is an odd choice for a single, in that it doesn't really make an impression in the same way as some of The Race's other material has done - the gigantically-chorused ‘Raising Children’ or the harder-hitting frustration of 'Find Out' – but it's enough to keep them just ahead of the chasing pack for now.