Smoke In The Desert, Eating The Sand, Hide In The Grass 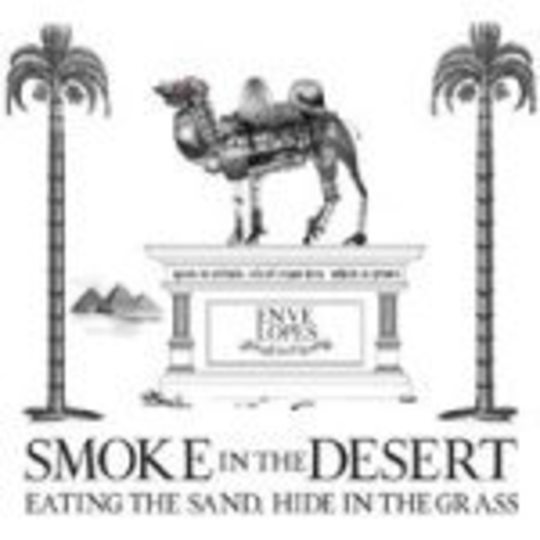 Released in time, ish, for Envelopes’ assault on NW1 at this week’s Camden Crawl, ‘Smoke in The Desert, Eating the Sand, Hide In The Grass’ (us neither) is the latest single from the world’s biggest and bestest Franco-Swedish band*.

This double A-side shows off the best of Henrik Orrling's Talking Heads yelps and the band's 'Psycho Killer' bouncing basslines. Well, 'Smoke In The Desert...' does anyway – it's a tonne of fun with enough of Envelopes' own nudges to prevent it from being a pastiche.

On the flipper, 'Party' is even better – showcasing the French 20 per cent of the band's skills (vocalist Audrey Pic), it tells the story of a doubly disastrous party using dibbly-dobbly guitar parts and the great line, “Once upon a time I was falling in love, now I'm only falling apart; totally fucked from the sta-ar-ar-t.”

Envelopes take hints from any number of acts from Pavement to Architecture in Helsinki, to, obviously, Talking Heads. All of whom are great. Expect nothing less from Envelopes.

*If anyone has any proof to the contrary, I’ll, er, be happy to meekly fold my point.