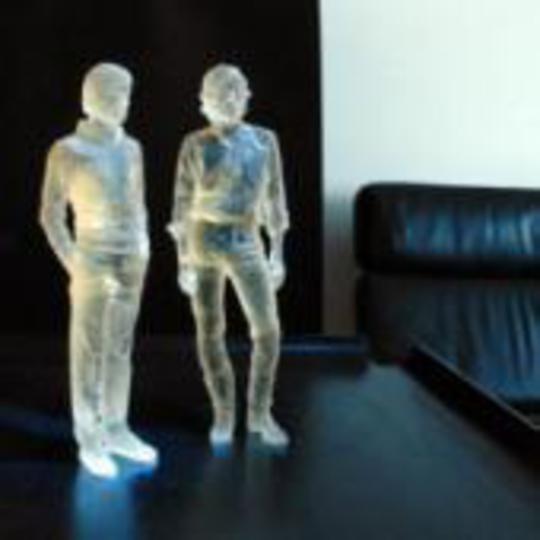 As difficult to believe as it may be, for a few short months in 1998 Air were viewed as the French electronic equivalent of punk rock, such was the ecstatic fervour that greeted their arrival on the UK scene, an arrival that seemed to coincide with the timely demise of Britpop.

Of course, what no one realised at the time was that Air only ever really had one idea between them, and therefore would only make one record of note followed by a series of sound-alike offerings over the next (almost) decade, not one of which quite matched up to the initial buzz of Moon Safari.

There is also the small fact that Air stole muzak away from the dinner party circuit and into the indie clubs, along with a whole host of generic copyists snoozing their way through album after album of sonic wallpaper.

What most people casually forget is Nicolaus Godin and JB Dunckel do occasionally experiment with their minimalist sound every once in a while, and the fact they've roped producer extraordinaire Nigel Godrich in for Pocket Symphony would suggest their intention was to aim for something a little different, even if the end result merely resembles more of the same.

They've also managed to get Jarvis Cocker and Neil Hannon to add vocals to a couple of the songs here, the latter's 'Somewhere Between Waking And Sleeping' winning the foppish over-40s war of the poseurs.

Elsewhere there is little to get excited about, although the swoonsome 'Photograph' and futuristic 'Mer Du Japon' at least bring Air a bit closer to the present, as obvious nods to the likes of Maps and Hearts Of Black Science make for an interesting diversion from the par de course.

Unfortunately, I cannot imagine myself listening to this record unless I was decorating the living room or tiling the bathroom and needed some kind of background distraction to ensure I didn't bunk off early to watch Melanie Sykes.

File under "Music for Somnambulists". Next...

Fools On A Holiday