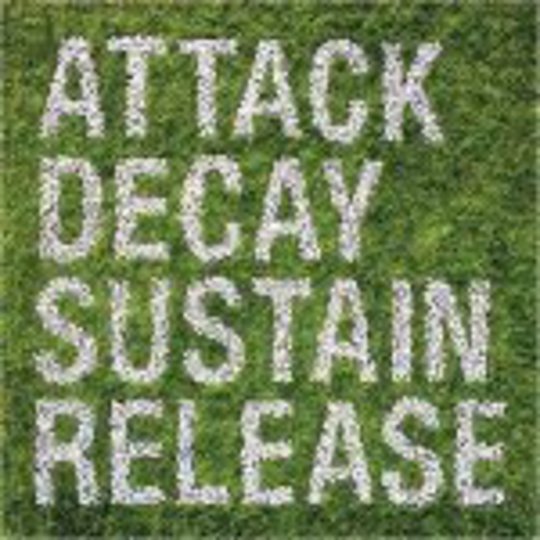 It is only the beginning of an unrelentingly intense journey. Foot glued to the accelerator, SMD pile-drive up a highway of lacerating sound, playing dodgems with the primal electro of Suicide and Gallic disco cool of Daft Punk, speeding all the way to extinction. First single_ ‘It’s The Beat’ gives notice of SMD’s intention to lay it on thick at every opportunity, the synth sounds punching through a canvas of electronic skiffle; meanwhile, the vocal impetuously announces, _“it’s the beat”. No one can accuse SMD of trying to be profound – instead they’ve created something pretty, something vacant, and something which is instilled with a joyous physicality. These tracks speak to every sinew and muscle in your body.

Ducking and diving number ‘The Hustler’ is powered by devastating junkyard rhythms and elastic beats, snapping this way and that, elongating and contracting. Then there’s ‘Tits & Acid’, screeching like an electronic Banshee. This artillery of willfully daft dance has only one objective: to hijack the listener’s cerebral cortex. Mission accomplished. A moment of relative, and unwelcome, calm, ‘I Believe’ is the kind of lame-assed fare that passed for dance music in the early ‘90s, the keyboards swooning heavenly, SMD aiming for ethereal and achieving insipid. The chasing its own tail, cyclical rhythms and lyric of ‘Love’, are similarly unconvincing.

Much better is_ ‘Wooden’, which sounds like nothing so much as The Orb fired up on amphetamines rather than their usual tipple, LSD. _‘Scott’, meanwhile, is like being trapped in dear old Syd Barrett’s mind – disconcerting, rapidly disintegrating, an amalgam of disturbed bleeps and ramshackle beats. Given their proximity to the old rave new wave – Ford produced Klaxons’ Myths of the Near Future – it’s almost inevitable that SMD will be corralled into that dubiously defined genre. However, _Attack Decay Sustain Release _defies such trite categorization and, ultimately, what it is or isn’t doesn’t really matter. All you need to know is this is quality.

The Maccabees at Fibbers, York, North Yorkshire, Mon 21 May