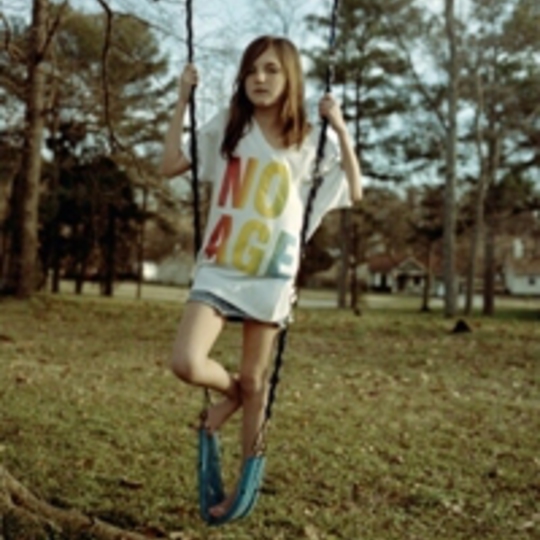 While Dean Spunt and Randy Randall last released a record on these shores as two-thirds of the they-showed-up-and-they-broke-up Wives, their current musical concern is a more understated, calmer being than their chaotic punk-rock past might telegraph. As No Age, the Los Angeles-based pair grind shoegaze-esque passages into a mucky pulp with the most sensory befuddling noise this side of a listenable Load Records release. It’s keen to stress that operative word: ‘listenable’.

These six tracks vary in tone, in style, and in quality quite remarkably, but not once are they skip-worthy. Opener ‘Everybody’s Down’ chugs with a repetition that echoes its lyrical sentiments – if you can’t interpret that title, then you’re hella foolish – before erupting quite brilliantly into a cymbal-crashing dance-rock workout that’d have the likes of DFA1979 and Wolf & Cub taking notes (assuming the former were together and the latter were truly worth your time).

Then ‘Switches’, ahem, switches the EP’s mood: although vocals are buried in the mix, they sound optimistic, positive; around them a buzzing guitar runs My Bloody Valentine circles around a thud-thud go nowhere in particular, nonchalantly, beat. Turn it way up and it burns, but the sensation’s a rare pleasure rather than a particular annoyance. Later, ‘Pile Of Great’ (two thumbs up for that title) begins in impenetrable style before blessing out into some star-chasing interstellar introspective drone.

While not one of these six tracks is fall-off-your-chair amazing, taken as a whole the Get Hurt EP is a strong debut release: it’s varied, well constructed and consistently pleasing. It’s not as immediate as the frenzied output of its creators’ past incarnation, but really: what is? Be sure to see them live in April 2007 – dates here.