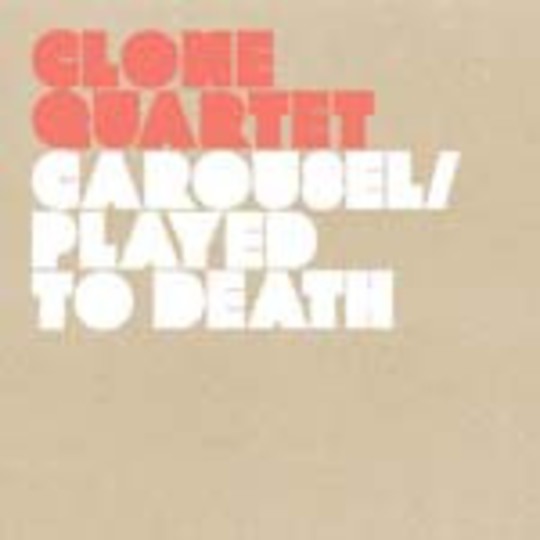 So confident are Clone Quartet that you’ll like their debut single, they’re content to spend twenty of the first thirty seconds of ‘Carousel’ woah-ing away to themselves like some kind of electro Hard-Fi, which is bad news if you have the same nightmares about Richard Archer as I do.

But the Belfast quartet amount to more than just a frontman with bushy eyebrows and a face you could happily punch all day, and whilst ‘Carousel’ might never stray far from its in-fashion beginnings – all off-beat hi-hats and falsetto backing vocals over its guitar ‘n’ drum machine setup – it is the second of the two A-sides, ‘Played To Death’, which shows us what these Clones can really do. That’s not to say that the first doesn’t have some nice touches, but even the infrequently-used ‘coin-collection’ sound effect that sounds like it’s straight outta some Gameboy game can’t match the vocal disdain of the second.

Almost as on edge as Davey MacManus’ days in The Crocketts, the vocal pattern goes from dancing in and out of the free-moving lead guitar line to breaking out into lung-busting, Biffy-endorsed yelling whenever the power chords kick in and everything goes decidedly massive over a stomping beat that almost buzzes under the weight of its angry tension. Add to this a keyboard-mashing stop-start outro and the picture is complete, plus they get points for brevity too – neither song threatens the three-minute mark.