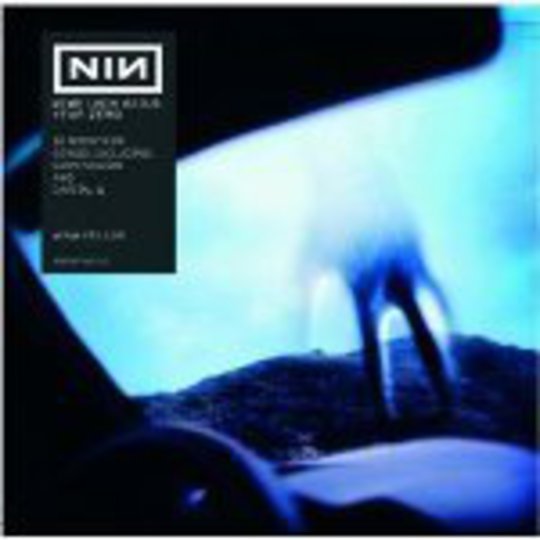 And so the story goes…

…while Trent Reznor was on tour promoting With Teeth, he had a daydream, and the dream did become his very own book of Nine Inch Revelations, the Year Zero Project, a vision of the future set 15 years hence, in which we are all living in a failed/police state much akin to the worlds of 1984, Fahrenheit 451, V For Vendetta, Children of Men, Soylent Green and A Clockwork Orange.

The first time you listen to Year Zero it's doubtful you'll be thinking much about that. The more likely first impression (especially if played at volume) is that Nine Inch Nails have made a great big, fucked-up, dirty dance record; it’s the sort of thing The Sneaker Pimps might have made if they'd had children with Slipknot. Where the live shows and previous album might have indicated Trent was going all organic on our asses, this record is often like Sixty Five Days of being shafted by the Terminator, the inexorable rise of the machines, the like of which we haven’t really seen since _‘Fixed’ and ‘The Downward Spiral’. It’d be tempting to say that the previous record was more focused on songs than an overall theme, but that might somehow imply that songs have taken second place to sonics on the new record. They haven’t.

The more 'rock' side of the album is at the beginning, from the Sabbath-playing-the-main-stage-at-Nuremberg effort 'Hyperpower' through to two catchy classics of drum-heavy madness, 'The Beginning Of The End' and 'Survivalism'. After that we get into dropping beats, synthetic abrasion and twisted dark electro. If there is any NIN-by-numbers stuff to be had on here, it's probably the seventh track, 'Capital G', which rolls along like Marilyn Manson's 'The Dope Show', but in the context of a generally brilliant 16-song playlist it doesn't really drag the grade point average down noticeably. Sometimes the record is like a nastier version of Pretty Hate Machine; sometimes it sounds like Beck being attacked with an angle grinder; sometimes it's harsh and brutal, sometimes just a chill in the air, all the while planting seeds in your head, which sprout with repeated listening until you get taken over like the guy in Tetsuo, overrun by metallic distortion, boiling dissonant fairytale guitars, and drumbeats falling like shells.

'Another Version of The Truth' is the small poignant interlude, piano over noise, the oh-so-quiet head music that leads us into the final, more thoughtful segment, again very much reminiscent of the way The Downward Spiral ended. The relentless beats and distorted electronica still form the backdrop, but the vocals are full of melody and reflection, from the soft falsetto in 'In This Twilight' to the pathos-ridden Polyphonic Spree-like chant of 'Zero Sum':

“Shame on us, doomed from the start / May God have mercy on our dirty little hearts...”

Nine Inch Nails have a habit of leaving the best 'til last, and this is no exception.

Maybe you could say that of the majority of NIN albums have been concept albums of a sort. Trent Reznor has always been a bit of an impressionist in terms of lyrics, in that he deals with feelings and themes rather than ever getting personal and specific, and though these words will undoubtedly make more sense when the Year Zero project is fleshed out (there are plans for a feature film and all sorts of fun and games), as expressions of a feeling they mostly stand quite happily on their own. The same is true of the album as a whole: listened to as a journey from beginning to end, this is a genuine attempt to progress to pastures new after With Teeth. Though I liked that record a lot, this is the one that is perhaps going to be regarded as a return to the top division.

Using dystopian science fiction to explore fear culture is indeed not a new idea, but it is certainly effective, and NIN have done a lot of work in creating the fictional world in which this album is set. Much like Lost has done with the Hanso Foundation websites, Trent and company have created a whole background on the internet. You can explore much of it via the fan portal here.

As previously mentioned, plans are afoot to turn the Year Zero concept into a feature film and another record too. Watch this space!