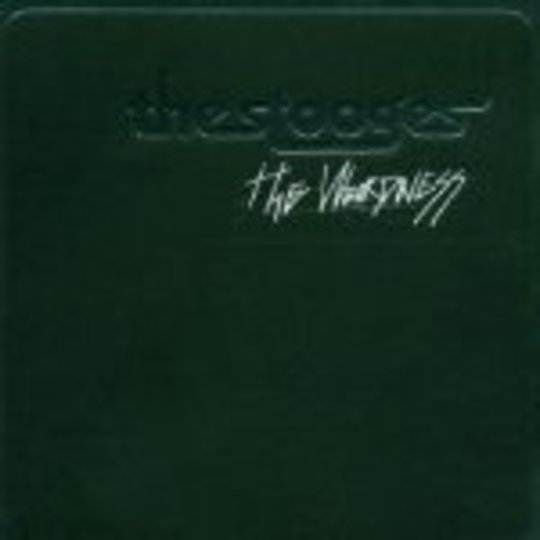 It would have been a sight to see Steve Albini’s face. On agreeing to produce the record, Mr James ‘Iggy Pop’ Osterberg imaginably, with Asheton brothers in tow, stood grinning as The Stooges, in their newly reformed roster, showcased to the esteemed producer a selection of the 30 Florida cottage-penned efforts. Devoid of inspiration, lacking in any edge, this is pathetic.

The record opens with a perverted grunt followed by a near incomprehensible verse difficult to make out over the wave of distortion. There could be an easy answer for this peculiar production, with Albini presumably attempting to subtly drown out some of Pop’s embarrassing rhymes that riddle this record (“I can see your hair has energy / My dick is turning into a tree”; “England and France, these cultures are old / The cheese is stinky and the beer ain’t cold”).

Though title track ‘The Weirdness’ comes a close second with Iggy adopting a ridiculous croon, ‘Greedy Awful People’ is the worst from the array. With Pop babbling at the injustices of the world, Ron Asheton’s contribution only serves to make matters worse with a flurry of tediously unimaginative solos. Some comeback, ey?

This is a desperate dose of titty-grabbin’ frat party punk. In place of the menace that previously encapsulated The Stooges, there are kooky one-liners. With the prospect of this pile of tripe being pimped off on the festival circuit this summer, interspersed by tracks from Fun House, it's an embarrassing addition to The Stooges catalogue.

This Must Be Love

Lets Bitter Cinema, The Social, Data.Select.Party, I Was A Cub Scout at Camden Barfly, Camden Town,