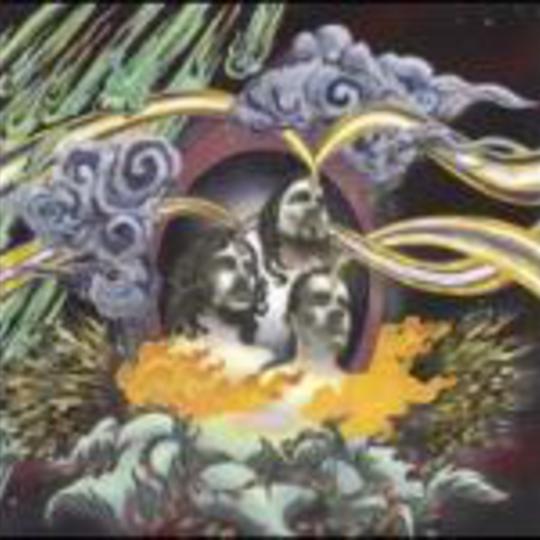 While this trio’s last LP, Book Of Sand, was a stirring, orchestral affair released under the name of Tarantula AD, Danny Bensi, Saunder Jurriaans and Gregory Rogove’s re-emergence as Priestbird finds the three-piece rocking harder than their past form could ever suggest. A record born almost exclusively in the studio, with Black Crowes’ engineer Chris Ribano on hand, In Your Time manages to mix the otherworldliness of its makers’ earlier material with a hard edge that only a complete re-branding could capably carry. Hence the shift of moniker – individuals haven’t changed, but the band certainly has.

They retain certain elements of their spidery past – ‘Season Of The Sun’ is an echo of their epic history, a slowly-unfolding slice of psychedelic rock that doesn’t know whether to progress or slink back to The Shadows – but with a solid core now occasionally focusing its attentions on riff-craft, Priestbird are much more at home with nailing their colours to the listener’s forehead as quickly as possible. ‘Smoke & Pain’, the record’s lead single, achieves this neatly – it’s all Dead Meadow meandering and Comets On Fire squall. Such reference points run this album’s length – it measures brutal lows against bong-sucking highs successfully, never bombarding the senses ‘til they’re overloaded but maintaining an excellent level of out-there-ness.

The title track, falling roughly centrally, is an essential breather – understated and piano-led, the song’s another reminder that, once, these three men exorcised their demons in a wholly different manner; ‘Jackyl’, too, is a soft whisper rather than a shuddering roar. In fact, the record does split into a pair of distinct halves – while its side A is bluster and bombast, its tail end serves as one huge aural downer; it’s the flipside to a coin that never quite lands on one side or the other, somehow able to spin perpetually. ‘Mandog’ is like Mercury Rev trapped between parallel dimensions, voices distorted and violins stranded in time and space’s greyest area. It closes the record as quietly as ‘Life Not Lost’ opens it with a fantastic flourish.

Although obviously sequenced to exhibit very different sides, In Your Time may have benefited from mixing its tracks up a little – there’s an imbalance that makes little sense on CD. Our suggestion: buy the LP and flip as per your mood or mental state.