Something I Learned Today 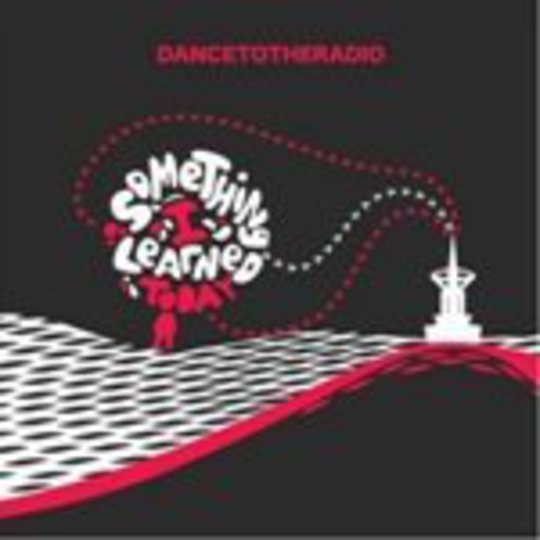 Now it’s a well-known fact that nine out of ten Yorkshire hep cats prefer Whiskas’ record label to regular everyday record companies, but Dance To The Radio’s third compilation showcase finds them flexing their burgeoning brand-name muscle to ensnare acts from as far afield as California and Berlin for your listening pleasure.

And the cloth of cap needn’t start fretting just yet – there’s still a glut of great Yorkshire bands on hand to get heads a-bobbing and industry mouths a-wagging, not least among which are Leeds newcomers Grammatics. As the album’s opening gambit, ‘The Shipping Forecast’ cuts a dashing swathe through choppy musical waters; it’s tricksy, taut, even vaguely gothic – think Field Music with menace.

It’s also one of three Yorkshire-hewn standouts to grace the record, the others being Laura Groves’ ‘Coast’ and Sky Larkin’s exclusive track ‘Summit’. The former is a gently tumbling folk beauty tossed somewhat haphazardly into the general maelstrom of post-punk flailings, while the latter is an insouciant blast of skewed pop genius with a hook that’s sheer ringing perfection. If we had any sense we’d have already tipped them for 2007. Oh wait, we did.

LA outfit Foreign Born stoke up the international quotient with ‘It Wasn’t Said To Ask’, which sounds an awful lot like Echo & The Bunnymen circa Ocean Rain – that’d be noisy, full of grandeur and utterly ravishing, then. I Was A Cub Scout are in dependably good form with ‘Teenage Skin’, sounding not unlike a pod of dolphins attending a rave, and the cadaverous funk of ‘See The Blood’ reminds us why Black Wire are such a necrophiliac delight even when stripped of their worst back-combed excesses.

It’s to DTTR’s credit that there’s nary an outright clunker in earshot, although if pushed we’d have to say Sometree’s ‘One Man Shelter’ sounds like Thom Yorke muttering into his fair trade frappuccino (or should that be Starbucks?), while *:(* make a torrid post hardcore/metal/electro racket that irritates more than it thrills.

This is nit-picking, however, on a record whose success in avoiding the obvious pitfalls of a label compilation makes for a dynamic and consistently entertaining listen. Go seek.