I'll Sleep When You're Dead 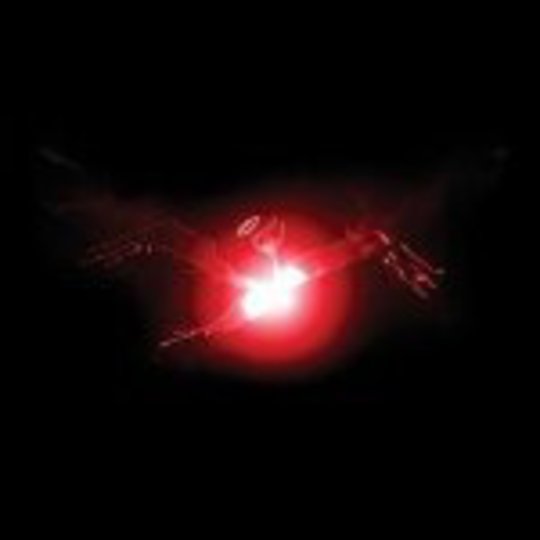 There’s something about the City That Never Sleeps that appeals, effortlessly, to those that don’t call it home – the bright lights and zippy yellow cabs, the corner-prowling ranters and ravers and the cool-as-fuck bars full of the hippest movers ‘n’ shakers to have ever had their teeth whitened and straightened. It’s the world’s most happening metropolis, the global epicentre of trend. But to live there – to walk the broken sidewalks of the five boroughs day in day out – is to glimpse the city’s grimy underbelly. It’s not that difficult to spy, and El-P has masterfully used New York’s dark corners as a productive muse on I’ll Sleep When You’re Dead.

The former Company Flow producer/MC’s ‘proper’ follow-up to 2002’s revered Fantastic Damage debut is brutal in its undressing of its protagonist’s native blocks; dreams are dissected, peripheral characters grow up in garbage and filth, and the righteous are pilloried for their preachy ways. El-P takes those of a polarised opinion to task: “I see you all regardless,” he spits (and he does spit) on ‘Up all Night’, “I know what lies are like. I might have been born yesterday, sir, but I stayed up all night”. This is his catharsis, his expunging of frustrations built up by a scene consuming itself sprouting up all around him. New New York ain’t the sepia-tinged rosy memory of old. The city’s in a state of decay, and I’ll Sleep When You’re Dead, atmospherically, perfectly accompanies the crumbling of skyscraper bricks and the stinkin’ steam of a kerbside drain.

In keeping with El-P’s past rap form, rhymes do touch upon topics of modern significance dressed up as science fiction. A big fan of authors like Philip K Dick, El-P – real name Jaime Meline – paints a vivid picture of future slavery in a savage political environment on ‘Habeas Corpses (Draconian Love)’. “I found love on a prison ship,” is guest vocalist Victoria Allen’s repeated refrain, but this is a love doomed to an early demise, as our hero’s newfound focus of his innermost feelings is exterminated by his very hands. It’s a timely reminder of the progression of the concept of slavery, too: while Britain celebrates the abolition of slavery in an archaic sense, we’re all in some way slaves to faceless organisations and institutions. Got a credit card? They’ve got you.

The much-publicised guest contributions from Trent Reznor, Cat Power and The Mars Volta’s Omar and Cedric are, for the most part, subtle enough to not wildly distract from El-P’s incessantly electric flow. Only Chan Marshall seems out of place on a record that’s almost entirely oppressive of tone: her appearance on closer ‘Poisenville Kids No Wins’ is all breathy Beth Gibbons in style, and when fused with trip-hop beats produces a song that sounds oddly dated, especially when compared to the futuristic beat-scapes of the album’s earliest tracks. The Reznor-assisted ‘Flyentology’, the album’s lead single, is another vaguely sci-fi themed number, albeit one focusing on the eternal battle of religion versus reality: “There are no scientists on the way down, just a working example of faith verses physics”. Reznor’s desperate plea for an unknown authority figure to “keep me in the sky… I’ll become your servant if it’s worth your time” is a neat summarisation of the record’s overriding overtones of the subordinate being kept down: the title, I’ll Sleep When You’re Dead, could well stem from the many having to wait ‘til the few pass on to find a sense of peace.

Of course, like many intelligent, non-mainstream hip-hop artists, El-P makes veiled references to myriad political and social disaffections, and paranoia is prevalent. Where he succeeds over the likes of anticon’s sole, for example, is that El-P knows not to force home opinions without first making them easily digestible – his song crafting is consistent throughout, even if the record’s finale sounds oddly out of touch with what precedes it, and from a production point of view I’ll Sleep When You’re Dead is faultless. Structures are crisp when necessary, grimy when lyrical topics take a turn for the worse; the mood of the album, if you will, is almost permanently down, but it still makes for a fascinatingly uplifting listening experience. A paradoxical statement though that may seem, it nevertheless rings true even six or seven full listens in.

“I’m never ever ever gonna get that way again,” repeats Chan Marshall as the record draws to a close, and the album’s final vocals must be interpreted as a statement of intent: El-P is escaping the bonds that keep him bound to New York’s dark side; he’s finding that there’s a light to be found that’s far brighter than the squint-through-it glare of the Queens-Midtown Tunnel exit. He’s moving on up and out of whatever ghetto he chose to previously make his own – true, home is where the heart is, and El-P’s heart beats to the beep of gridlock horns facing uptown, but a change is as good as a rest, too. In this instance, such a change will almost certainly alleviate our man’s depression and confirm his status as one of contemporary rap’s finest exponents.

Come You Are Safe, We Are From The Bombs