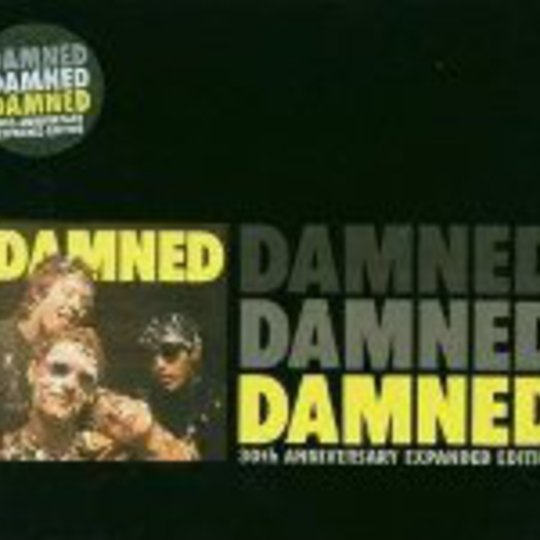 My formative musical education was served by a damp, under-lit, patchouli-stinking shack of a store known as Magpie Records. After Stiff Little Fingers and The Ruts had been fully digested I began to make progress beyond the titles I’d seen in my mate’s older brother’s collection. The quadruple stone figurines on the cover of ‘Join Hands’ by Siouxsie & the Banshees appealed massively, and so one Saturday afternoon £3.79 was paid for said album. Basking in anticipation of the delights to come (I’d heard ‘Hong Kong Gardens’, and that clearly rocked), I waited and waited and waited before the realisation that, regardless of their more immediate work, Join Hands was total downer-induced po-faced goth bobbins. Feeling utterly cheated I took a compass and gouged a deep scar; not into the back of my hand emo-fans but, instead, into the opening groove, thusly rendering it unplayable but not visually so. I promptly got the bus back to Magpie.

To my false dismay a replacement copy wasn’t in stock so the counter pimp began a long list of recommendations. I wasn’t ready for Pil and Theatre of Hate looked like some fucked-up version of the Stray Cats, but then he asked if I’d ever heard The Damned. I hadn’t, but to be honest that had little bearing on the matter as he’d slyly showed me that this Best Of The Damned he was offering was on red vinyl, i.e. a whole twelve inches of solid, almost fluorescent blood-red vinyl… pay the man.

I don’t remember what the tracklisting was but I’m guessing the opening two tracks were quite probably ‘New Rose’ and ‘Neat Neat Neat’, those being The Damned’s first two singles, both of which form the ‘hit’ element of the band’s first album. Let’s face facts: it’s these two tracks alone that bring us here and provide the entire basis for this 50-track, 3 CD retrospective of an all-too-often-overlooked and criminally unappreciated artefact.

Now firstly: The Damned were never cool. History shows that ‘New Rose’ was “the first punk single”, but at the time of its writing and first performance ‘punk’ was still an adjective and far from becoming a noun: The Damned were that band who played bills with the likes of Eddie And The Hotrods and Dr bloody Feelgood. However, due to being ahead of the cooler end of the spectrum, they drew a crowd, which is why they soon asked to play with the likes of messers Rotten and Matlock, Jones and Strummer. And so by the time Damned, Damned, Damned came out, in February 1977, they’d already played the 100 Club with all and sundry in support, and in doing so established themselves as rightful members of punk hierarchy.

Individually, tracks like ‘I Fall’ make you question where this album would be without the two Greatest Hits highlights. ‘Born To Kill’ clearly owes an incalcuble debt to Iggy & The Stooges, and out of context ‘1 of the 2’ is vastly unmemorable. But hold the horses for a moment: we’re not here to dissect the merits of the songwriting and musicianship, are we? Er… but why else would a triple CD re-issue be made available? Doesn’t such a package encourage such pondering and consideration? It’s not very punk, is it?

What is_ entirely ‘punk’ is the perfect one-minute buzz of Rat Scabies’ _‘Stab Your Back’, which resembles a marvellously twisted radio jingle whilst simultaneously providing The Horrors with a major-label career. Then ‘Feel The Pain’ provides pure Vanian-directed theatre of the most macabre: “drop some blues, times to choose…Back to front the blade feels blunt”. It’s this sense of gloriously cheap but dark entertainment that separated The Damned from their hipper contemporaries.

Overshadowed by its hit-single neighbours, ‘Fish’ is a nonsensical rampage through lord-knows-what amphetamine imbalance, as well as a huge two-finger salute to The Clash’s holier than thou ‘no guitar solos’ policy. I can’t recall another track where the guitar solo is longer than the _combined _length of all the choruses but still manages to cram in three verses. And here’s the crux: it’s all done in a sniff over 90 seconds. (Take note indie-prog noodlers: THIS is how the punk rock war was won).

‘See Her Tonite’ is very almost, through squinted eyes, edging on discussing emotions. Hold on boys, let’s take a step back for a minute here: it’s close to a fucking love song. But you know you’ll never get it up with all that sulphate in you.

Disc 2 is demos, Peel sessions, b-sides and the like, and it throws up the occasional high spot. Such moments include a cover of ‘Help’, Vanian's perfectly timed intro to ‘New Rose’ - “Are we really 65 in the charts?” - and Scabies’ drumming throughout the ‘in concert’ tracks. Actually, that is a highlight throughout these three CDs, as it’s clear how much of a safety net he provided.

Disc 3 is a complete recording of the band at the 100 Club in July of 1976. It’s kind of what you’d expect: it’s rough and ready but brimming with vicious enthusiasm. This is the kind of artefact that’ll be of huge appeal to hardcore fans (who arguably own very similar recordings already), but in terms of the more casual observer it’s classifiable as ‘listen once and file’ material. I guess you just had to be there.

I’ve not heard these tracks for a long time, although the enjoyment of hearing them now is far from rosy-eyed nostalgia. The fervour and vehemence of The Damned hasn’t really been matched. Sure, there’s the nilhistic stubbornness of Queens Of The Stone Age, but nowhere has such limited time been used so purely. It’s important to remember that there’s zero ‘art’ in all this – there is no higher level at play here.

Goth has never enjoyed even the slightest modicum of coolness with the unique exception of frontman Dave Vanian, and only he could command respect amongst a sea of anti-bullshit cooler-than-thou ‘punks’ whilst staring them in the face complete with a made-up face and circus-like backing band. It really doesn’t read well on paper, but this release proves that The Damned mattered. Even if you do only really need a third of this particular release.

...And You Will Know Us By The Trail Of Dead, Forget Cassettes at Koko, Camden Town, Tue 20 Feb