The Dead Live By Love 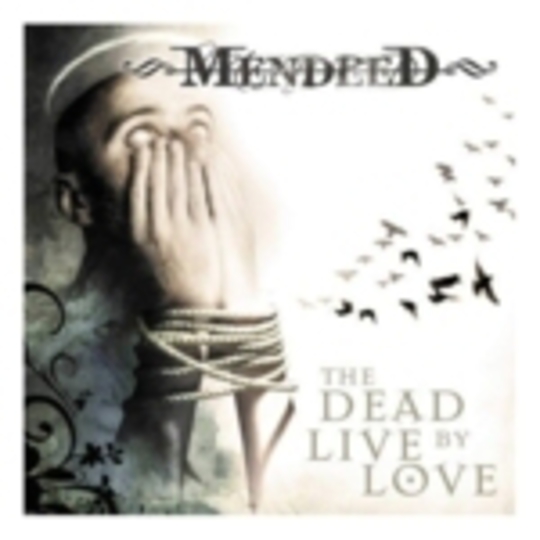 Only a year has passed since their wonderful debut album, This War Will Last Forever, but Dumbarton tykes *Mendeed *have returned with the follow-up already in quite magnificent fashion.

They made their name around the heavy metal circuit last year by working hard and creating a staggering live show that was visceral and entertaining. The significant European influences in their sound, especially from Sweden, led continental metal heavyweight Nuclear Blast to sign the Scots. Accordingly, The Dead Live By Love _carries on where _This War... finished.

Mendeed blended the old schools of thrash, death and power metal to form a modern metal that is stunningly technical whilst still being crushingly heavy and startlingly melodic in equal measure. Here, they have built upon this by adding a powerful self-assurance to their arsenal.

The blast-beats that follow the Children of Bodom-esque power metal chords of opening track ‘Burning Fear’ don’t so much set the tone as stamp an unparalleled authority on this record. Mendeed just do not care about metalcore or their nu-thrash metal brethren from across the Atlantic.

This is their ferocious take on heavy metal and there is not a single moment of respite. Historically speaking, the best metal in the world has always come from the UK and this is the band that is currently making sure that that level of pedigree continues.

The record gallops along at a breakneck pace but the perfectly timed breakdowns allow you to take stock before the next quietly honed slice of heavy metal perfection hits you square on. After hearing ‘The Fight’ you’ll be looking over your shoulder for the next one, but then the heroic tones of ‘Gravedigger’ mellow you out as much as possibly whilst listening to this record. Quite superb.

Seeing as the popular figureheads of the new breed of British metal number Bullet For My Valentine and Bring Me The Horizon, one fears that such superb talents as Mendeed will forever remain overlooked here.

Luckily, our European friends have taken a punt on Mendeed, which should mean that for those willing to scratch the surface, there will always be some great bands out there making great records just like this one.