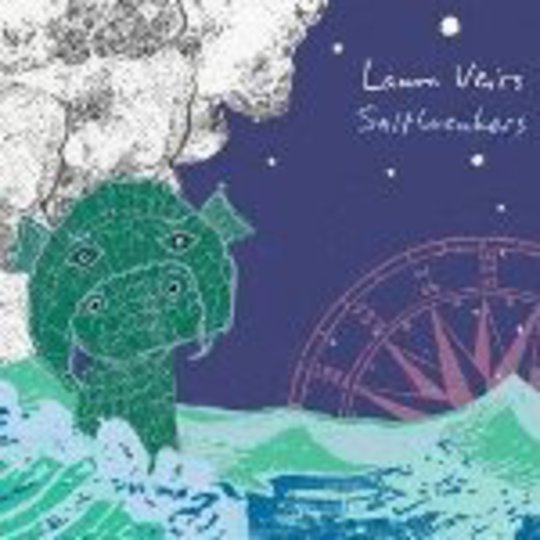 Sitting on Alki Beach in Seattle brings it all home. No wonder bands like Minus The Bear and Death Cab For Cutie are so interested in the natural world, as there it is, laid out in front of them, burned on their retinas, stamped in the very essence of their being. No wonder their music rises with breezes and tides, no wonder it evokes wide open landscapes.

** Laura Veirs** is cut from the same mould, and it’s her delight in mountains, oceans, skies, birds and the elements that elevates her lyrics towards the realm of standalone poetry. That’s why the critics have gone wild for her previous Nonesuch releases - Carbon Glacier and Year Of Meteors - let alone the fact that the sparkles in her music mirror the glimmers of light on the waters and her voice soothes with its wisdom.

Now, on album number six (third for Nonesuch), it’s all getting a bit weary. This is not easy to say, but it’s the truth. The subtleties of Year Of Meteors are now thrust in your face, with nearly every single song mentioning water or the sea in some context, and titles leave nothing disguised: ‘Ocean Night Song’, ‘Nightingale’, ‘Cast A Hook’, ‘Phantom Mountain’, ‘Black Butterfly’. The natural world, rammed in your eyes, SPLAT. Veirs’ audience cares, it invests time, it enjoys the challenge, so having it all laid on a plate is frighteningly disconcerting.

Then there’s the music, and a reliance on a cast of new characters. Where Veirs’ voice sounded so free and evocative, now it sounds like she’s in a rush, too preoccupied with organising and conducting the various choirs that support her vocal performance to bother getting her own part right. She sounds tired, and double tracking just amplifies the problem. It’s the choirs that make ‘Saltbreakers’ and ‘To The Country’ resound, not Veirs.

There are big obvious singles rather than an overall swathe of sentiment - Year Of Meteors blends into a wider tapestry; Saltbreakers can only dream of such a goal - and the unshakeable feeling that remains is that these songs, at times, sound like Year Of Meteors cast-offs.

We need to temper this with a positive: Laura Veirs has still crafted a strong album here, with greater riches, both musically and lyrically, than 90 per cent of her contemporaries. But to her growing number of fans (read: sticklers), this is not as good as its predecessor. Perhaps it’s time for her to find new modes of inspiration.