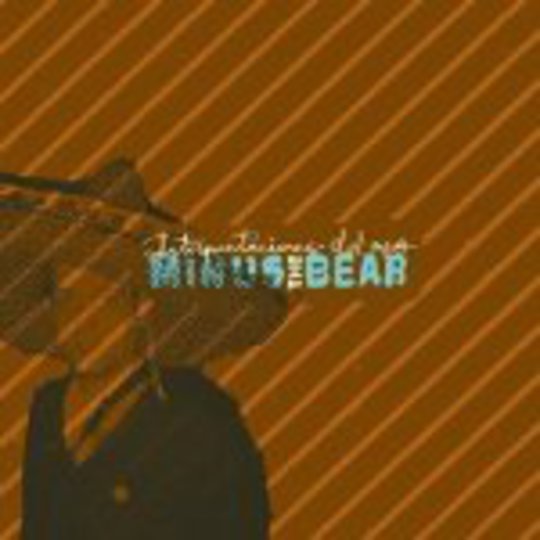 Remix records with even a modicum of thought and creative integrity instilled within them are a mighty rare commodity these days – bands that have are well and truly outweighed by counterparts that most certainly don’t. Given Minus The Bear’s background – members worked in a variety of genres in previous outfits – and their friendliness with an assortment of inspirational acts – Battles, The Blood Brothers – though, you’d expect Interpretaciones Del Oso to be a considered, meticulously crafted affair. For the most part, you’d be right.

Collecting together remixes of songs from the Seattle quintet’s last album proper, 2005’s Menos El Oso, this compilation includes one remix per track, running to a total of eleven highly varied offerings. Some tread very close to MTB’s own work – the opener, the P.O.S. ‘Redo’ of ‘Drilling’, sticks close enough to the original’s chopped guitar lines and erratic vocals to ensure smooth passage for the sceptical: it’s a deliberately subtle opener, one feels. From then on, though, things do take a turn for the obtuse.

The Old Italy remix of ‘Fulfill The Dream’ finds five Americans twisted into an Errors-shaped mess of backspace bleeps and Streetfighter II beats – i.e. the noise of virtual fist on virtual face, delivered with top quality 16-bit precision. It’s one of the more out-there moments of Interpretaciones, and one that’s certain to split opinions amongst the hardcore. What won’t is the inexplicably beautiful reworking of ‘Pachuca Sunrise’ by ace anticon rapper/producer Alias; thuds are heavyweight but, somehow, the song’s dripping with blissful atmosphere. Its only minus, really, is that it’s just too sweet – in the context of this LP it’s the most sickening of deserts served midway through a main course of hearty steak and ale pie and thick-whipped mash.

The final two songs – remixes – couldn’t be more different: Pretty Girls Make Graves’ J. Clark drops trip-hop bombs all over his track of choice, ‘El Torrente’, while Jake Snider’s lyrics are filtered through a Star Wars droid translator, but the final two thumbs up is reserved for The Blood Brothers’ Morgan Henderson. The bassist transforms ‘The Pig War’ into an ambient meditation not so far removed from something Radiohead might pen as a transition track – vocals drift in the ether as Henderson shifts the album’s gears down to neutral and lets the listener float the final few miles to the finishing line. It is, without a doubt, one of the most striking remixes to come the way of these ears this year, so far.

What’s best of all is that, a la London buses, you wait an age for a decent remix record to come along and two turn up at once. Should you shop around for this LP, as you’re advised to if you’re anything of a Minus The Bear fan, you might also want to point your attention towards the new remix album from My Brightest Diamond, Tear It Down (click; versions of Bring Me The Workhorse tracks). Time and space doesn’t allow for a full appraisal, but featuring Alias once more, the Asthmatic Kitty release is well worth your investment. Two for the price of one, then? Not quite, but two records of reinterpretations that are absolutely worthy of immediate investigation.

Come You Are Safe, We Are From The Bombs