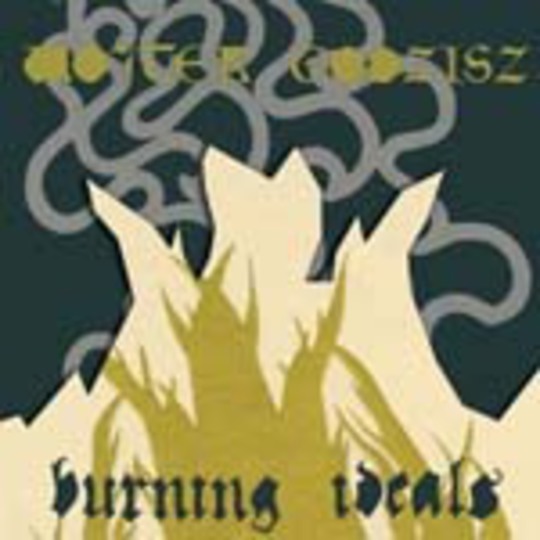 Wojtek Godzisz is not a name you forget easily. It's not a name I can even pronounce. Once the chief songwriter of energetic upstarts Symposium, Godzisz had been quiet since his former outfit's demise, yet now returns with his debut solo EP.

Somehow not a million miles from the bubblegum punk band in which he made his name, but at the same time not particularly like it either, Burning Ideals is certainly no intentional rehash of days gone by. For a start, it feels an altogether more serious affair; the youthful exuberance of old replaced with a more mature, slightly softer edge; less distorted, more emotive and making use of a larger array of instruments.

On the other hand, the songwriting is as simplistic as ever, paving the way for six examples of hook-based guitar pop. The simple rhyming couplets of the opening title track mirror early Idlewild in their construction, as well as occasionally being not unlike Roddy Woomble in their delivery. Godzisz’s unique voice spends half the time sounding like it’s operating on a vocal scale all of its very own, often wavering seemingly unsurely yet somehow never out of tune. At other points a more familiar sound emerges: ‘I Will Give You Nothing’ has as filthy a grunge sound as ‘The End’ ever did, and ‘Light Over Dark Earth’ rocks the EP to a frantic close with a nod to the past.

The production is as stripped-down as the writing style, but that’s not to say its lo-fi feel is any bad thing; the tone is as rich as it needs to be and whilst everything sounds unpolished and untreated, it’s an effective approach. Songs which might have been lost under layers of production stand out for their simple charm, and that’s probably what gives Burning Ideals its appeal. It takes the chorus-driven rock influences of old, strips it of its mayhem and re-presents it, cut back to its simplest form, its workings laid bare for all to hear.

Oh, and it’s great, in case you were wondering.