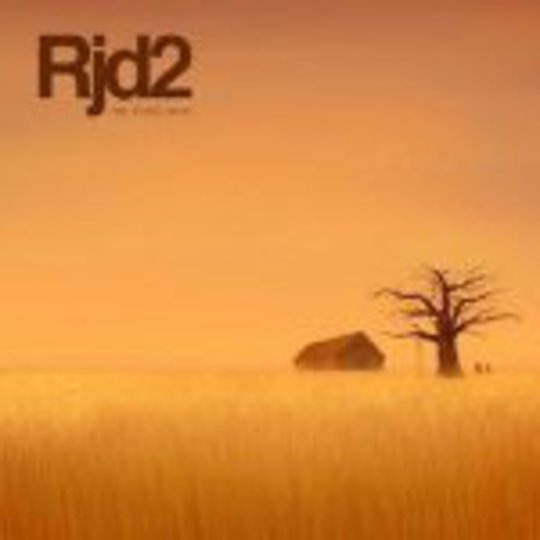 “This guy’s the greatest producer ever,” garbles an intensely annoying ginger lad fiddling with the house party entertainment system and generally trying painfully hard, before reclining toward a telling nose-up of Colombian marching powder.

“Fucking students,” we mutter, supping beer instead, before enquiring into the identity of said knob-twiddler extraordinaire as if the name had never been in general hip-hop-slash-electronica consciousnesses for several years already now. Why not indulge this rampant ego in the time until it’s engulfed by crushing downer self-doubt.

“RJD2,” comes the retort, between snorts and misguided attempts to present an all-knowing persona.

Limping from the speakers is Since We Last Spoke. It’s 2004’s strangely flaccid follow-up to a record that previously marked RJD2 as smooth’s multi-talented answer to DJ Shadow, namely debut album Deadringer. Augmented by a CV ram-jammed with desk-manning duties for various US alt-rap luminaries, back then RJD2 had the creative world at his proverbial feet.

It used to be about the hip-hop. But since _we_ last conversed, RJ, what happened? You’ve abandoned experimental New York rap set home Definitive Jux. Now you’re singing and playing every instrument as if it’s a token to worldwide acceptance in itself, pretending every two-bit band and pop act this side of Milli Vanilli don’t manage so already.

At first aural glance, it’s easy to let The Third Hand glide across ears and declare it less immediately awkward than that orange follicle owner-endorsed predecessor. And there’s no arguing that by definition it’s less disappointing, considering the differing expectance levels.

Isolating individual tracks quickly becomes largely redundant, though, even if the intro could become an incidental scene separator from Curb Your Enthusiasm, such is its inherently gawky tinkling. From there onwards, one congealed labour of unwanted love seeps forth, teetering perilously close to semi-easy listening nu-soul and killing dead all but the hardiest strains of RJ’s hitherto invention, sporadically represented by boggling drum patterns or swiftly buried melodic lilts. Not much else sounds like The Third Hand, sure, but, dammit, be grateful. Somewhere, a ginger fuckwit is making ejaculatory faces, soon to bore another victim tearless with charlie-fuelled recommendations.

And therein is the problem: RJD2’s constructing music idiots will perceive as worthy. Who gives a fuck if equally moronic intelligentsia and sell-out shouters will condemn RJ to a life of Moby-level antichrist status? Because the bottom line is, for all its comparative brave departures and originality, The Third Hand just isn’t particularly engaging.