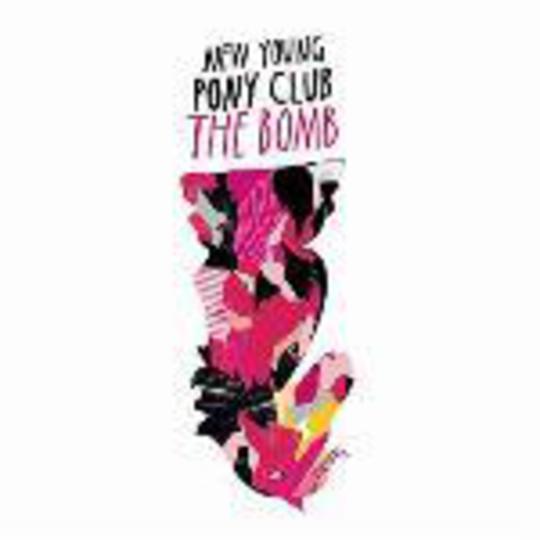 Everybody loves dancing. Dancing is fun. And in the immortal words of Strummer, this is where you move your arse sideways instead of up and down.

Problem is though, New Young Pony Club focus on the dancefloor to the detriment of everything else. The predictably erratic hi-hats, the scratchy bass, and even the ‘darn-sing / darn-sing / darn-sing’ refrain itself carry more kinetic energy than a Duracell rabbit set to ‘fuck’. If being loved everywhere from Camden to Koko by those to whom dancing and thinking are mutually exclusive is their mission in music, they’ll win by knockout.

Yet there lies the stench. Soulless shtick will only go so far; after an_ NME cover shoot and a toilet-venue tour you’re a spent force. But don’t let this disguise the fact that _‘The Bomb’ is illiterate, brilliantly average, cynical indiebeat at its very best. This will trip in and out of the_ NME_-sponsored meat markets on the same waves of fashion that have always transcended substance, and to be honest, it deserves to. Because whilst for three minutes under the bright lights it could sound like the best song ever written, six months later it’ll be as stale as yesterday’s pissy rain.

Stop worrying and learn to have no opinion on New Young Pony Club. Because if it’s not love, then it’s dancing to ‘The Bomb’ that’ll bring us together.