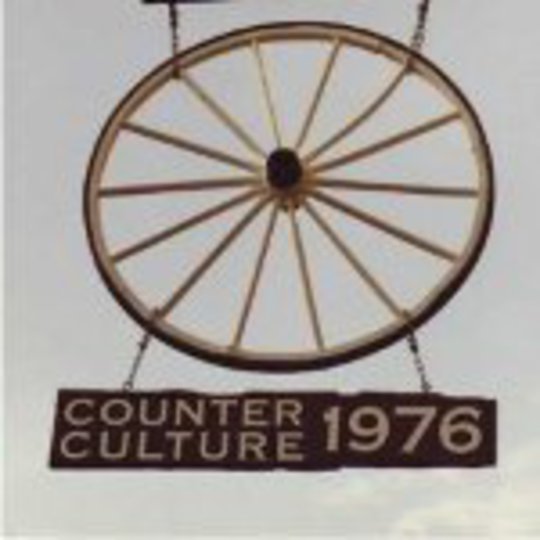 Long before Rough Trade Records came 202 Kensington Park Road, Notting Hill; a record shop selling new punk records alongside DIY releases and JA imports. In the neverending democratization of music this was the year when, to those in the know, the Man finally became ‘the Man’. Hindsight will quite inevitably place 1976 as the year before 1977, as will chronology. But the cracks appearing in the establishment circa ‘77 were not fashioned in the art schools or dole queues; they weren’t a product of punk as such, more an aftershock of the near simultaneous explosion of various genres in the preceding years. Though however earthshakingly crucial 1976 was to the progression of popular music, any attempt to document it will naturally appear sprawling. If this compilation of pub rock, disco, reggae, folk, punk, funk and new wave was not united by a (mostly) prevalent new consciousness, it would be as tedious and rambling as an Emerson, Lake & Palmer solo. Instead it sounds, in places, like every band you love today.

True, this transition took time, and it’s no surprise some tracks race forwards whilst others seem perpetually geared in reverse. There are still numerous proto-punk reactionaries sounding suspiciously like The Stooges (The Saints, The Slickee Boys and* Radio Birdman), and ‘60s blowbacks wallowing in pointless nostalgia (Flamin’ Groovies and *Kate & Anna McGarrigle), trying to teach the world to sing with words they can no longer pluck from the ether. This ain’t the shop’s fault; they remain criminally good pop songs, and even revolutionaries needed to balance the books. But it’s easy to see whose star was rising, and the inclusion of a few weaker tracks only highlights this contagious outbreak of musical-Darwinism: Flamin’ Groovies were eaten alive by The Ramones, and Bootsy Collins’ plodding bass was deafened then singularly devoured by an Upsetters’ riddim.

There’s also an invisible ethos silently progressing throughout. Picture the vinyl racks in W11, where somewhere inbetween the stacks of new-wave punk and reggae records are a few offbeat, almost curio offerings. These are both inextricably entwined with the zeitgeist yet astonishingly distant; these would shape the next decade. At the same moment, Art & Language and the Red Crayola were trying to be Warhol, Marx and Lennon at the same time, the Penguin Café Orchestra were mastering ‘Treefingers’ 25 years before Thom, The Residents were deconstructing Jagger, literally ripping him up to start again, and Tom Waits was perfecting his stream of pompousness_ ‘Subterranean Homesick Blues’_ impression. This is when 1976 produced a long-term movement out of a pit of nihilism, and this is why 1976 holds relevance today.

I Will Wait For You