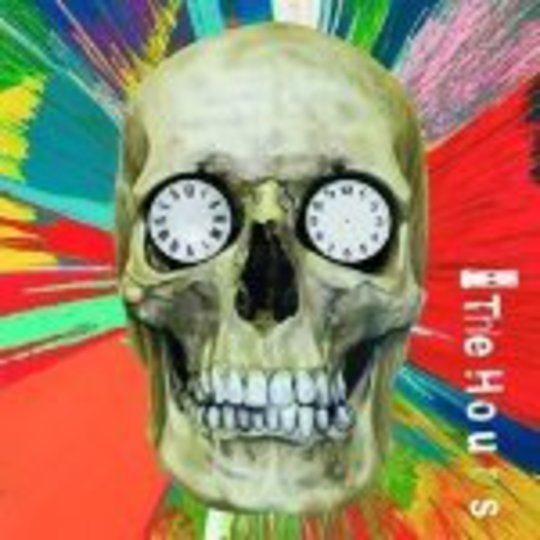 Zippy from the opening, The Hours' debut record Narcissus Road immediately asserts itself as rather unsettled. The skittish shuffle of opener 'Ali In The Jungle' is quietly furious, berating musical luminaries of today by referencing figures of yore – "The greatest comeback since Lazarus" is a particularly choice equation. The dynamic and well-honed electronic pop music of Antony Genn and Martin Slattery is confrontational, worn and lived-in, but ultimately rather comforting. It's nice to know that people are still as pissed off as this, but equally able to slap a decent tune together to convey that anger in a disarming fashion.

You know what, though? There are bits on Narcissus Road that sound like… oh God… shit… Keane. 'Back When You Were Good' contains all the whining oops-we-played-a-fast-song-now-I'm-in-rehab cack-handedness of the fat-faced ones on a particularly dull and foggy day, so it's up to the lyrics to save the day. They don't. And it's really long. It's a boring song.

Oh well, it's pretty much the only complete dud on here. Laments like 'I Miss You' and 'Dive In' come close to making this dangerously mediocre, but for the most part we're in attractively snarling and bilious indictments of shit bands and old people. The fact that Jarvis Cocker has been singing their praises to all and sundry is no surprise as they share his contempt and grasp of vowel sounds, his disdain for the North and his actually-rather-sexy-spoddy sensibility. But this doesn't quite stop the whole of Narcissus Road from fizzling out somewhat towards the end. The baroque ballads keep on coming, despite the success of the more sprightly numbers, and we're left somewhat unsatisfied by the end of the admittedly rather enjoyable closing pomp of 'Let Me Breathe'.

There was so much more room on this record for some serious energy, but it becomes too sickly, too much like they tried to make something truly ugly and aggressive until someone told them that might not sell too well. That’s a real shame, because when they pick up the pace and take the piss, The Hours are as scintillating as Chris Morris's face. When they are soppy, however, they are as floppy and flaccid as Hugh Scully's.