Living With The Living 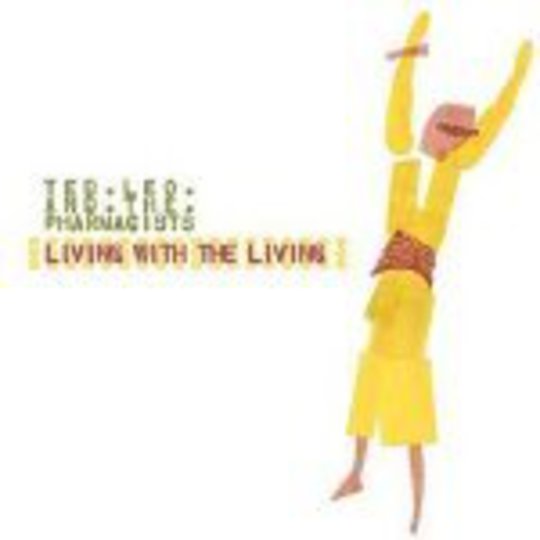 Ooh, sprightly! Ted Leo and the Pharmacists are, after four albums, apparently still a great deal more energetic than the majority of their contemporaries. Sounding like The Wedding Present might have sounded had David Gedge been born on the East Coast of America, Living With The Living is as bracing as anything produced by that particular harbinger of romantic doom in his early period, but with the kind of political fixations that made Billy Bragg a star. Well, nearly a star.

To be honest, it is this sheer energy that papers over the slight cracks in the riffery displayed here. While it is definitely functional and rewarding, there's not a massive amount of intrigue and variation on display over the 15 songs assembled here. 'Who Do You Love?' is rather too long and over reliant on its singular, circulatory progression, and 'A Bottle Of Buckie' (despite its charming reference to the jangle-pop intoxicant of choice) is somewhat over-egged. Much more satisfying, though, are the moments where Ted Leo's Fugazi connection surfaces (Brendan Canty is a collaborator here), like on 'Bomb.Repeat.Bomb', which showcases the dynamic fire Leo's ensemble are capable of starting while rather explicitly shunting his leftist ideologies to the fore in massively entertaining style.

But there's as much silliness and attempted cred-building as there is genuine excitement. The cod-reggae white boy strut of 'The Unwanted Things' veers dangerously off the road of good sense and swings rather close to UB40's back garden, somewhat cheapening the impact and making a quite needless diversion from the scissor-kick-in-the-ears assault of preceding tracks. But ultimately, this matters little when one considers the length and diversity of Leo's career to date. For a fifth album to sound this exuberant and fresh is remarkable, and indicative of the kind of ageing talent that all should aspire to. Just sort out the reggae shit, yeah?