What Goes Up Must Calm Down 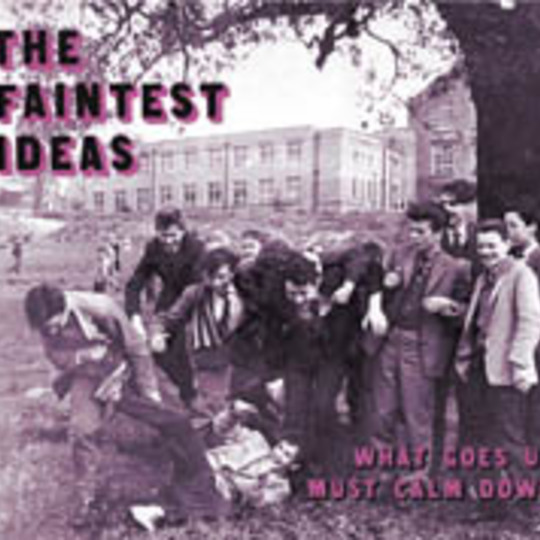 Having initially started life as The Javelins back in 2003, it's taken The Faintest Ideas four years and a change of name to finally come up with their first proper collection of songs. Was it worth the wait? Well, we think so.

You see, the Swedish suburb of Gothenburg isn't exactly renowned for throwing up acts wholly inspired by the anoraks-and-bowl-haircuts scene of (mainly) University-dwelling England, 1986, so on hearing the opening strains of first track 'You're Beautiful', it's a pleasant surprise to hear something that was probably conjured up as a result of long sojourns plugged into The Wedding Present's George Best LP or The Brilliant Corners'_ 'Fruit Machine'_ 12-inch.

What Goes Up Must Calm Down feels like it could have been recorded 20 years ago, but don't let that put you off: the current fascination for bands like The Long Blondes means that a lot of independent guitar music from the C86 era is now being rediscovered like a long-forgotten trove of antique treasures. It's certainly a far cry from the rampant dismissals of "twee bedsit bedwetters' songs" that this kind of thing seems to have been lambasted with in the ensuing years.

It would be unfair to call The Faintest Ideas mere copyists, and on the exquisite math-shaking 'All Stars' and ode to despairing reality 'Nothing Will Ever Happen' they most definitely come into their own; the latter comes across like a more despondent Shins while the former's razor-sharp guitar hooks and floating chorus is partially reminiscent of The Radio Dept.

On the whole, What Goes Up Must Calm Down is an insightful introduction to The Faintest Ideas, and a good enough reason to insist they don't take quite so much time in putting together its follow-up.