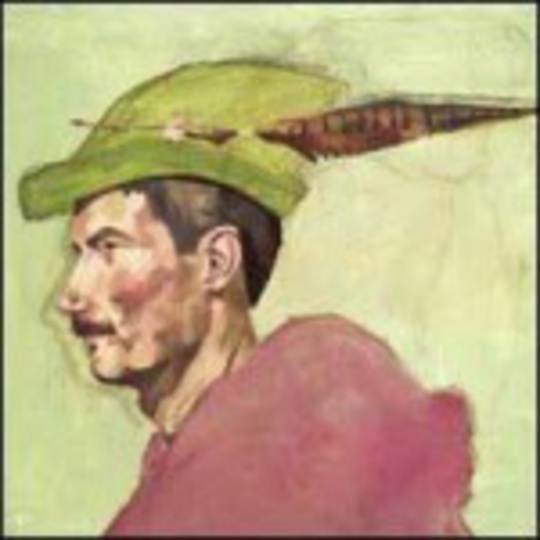 It's an often-made comment, that such and such an album is a 'solid effort' or a 'solid progression'. Often, though, this phrase means very little about the longevity or interest held inside the record; it's more of an unspoken code for a fairly good effort, something not especially mind blowing, but listenable; perhaps hummable, even.

So when I proclaim that Benjy Ferree’s Leaving the Nest is a solid album, please ignore the unspoken code, as I mean it not in that sense. Rather, this is the kind of hardened oak, four thick legs and slab of stone solid – the hand-me-down furniture that will see out six generations at the very least. This is an album that stands up alone, not propped up by trend or scene, fashion or frivolities, and I can only hope it will continue to stand rock-like despite the blowing gales of changing style. Much like that oak table, the simplicity and quality of craftsmanship of which give away nothing of its age, Ferree's simplicity and quality of song writing and arrangement lends Leaving the Nest a wonderfully timeless, ageless feel.

The craftsmanship in Ferree's songwriting is wonderfully hand-hewn, a kind of writing that doesn't try too hard to confuse or bemuse, to be witty or especially original. Instead, it relies on the old golden rules of melody, verses and choruses, minor and major. The fact that Johnny Cash's 'Little At a Time' slots in seamlessly amongst Ferree's originals is testament to this, and to the understated nature of the songs. In fact, the restrained emotion and chunky, clunky instrumentation suits the Cash cover remarkably well. His voice is that of the classic American – plaintive, unstrained and softly edged. For kicks in the choruses he sings with a swoop and gruff thrill; when singing of worries and sadness he has an audible shake to his tone.

Still, Ferree manages to make a record that is entirely his own. This probably has something to do with his background: he’s a man who lived an unusual lifestyle before making music, rather than making music to create a lifestyle. Even at 32 years old his experiences must total more than your average granddad. He earned himself the title ‘Hairy-Poppins’ from his stint working as a nanny in Los Angeles, looking after the children of the rich and famous whilst he tried to earn his living as an actor. The songs were never the focus – they slowly arrived in the background. Perhaps it's because of the youth surrounding him that some of these songs have a lyrically dreamy, topic-hopping thought-flow running through them, a rapid fire of ideas that don't quite tie up into sense – much like the simply told but wildly-imaginative stories that children will write.

Leaving the Nest doesn't quite manage to maintain interest in every second: 'They Were Here' and 'Private Honeymoon' both drift into the background, but the yawning moments are very few. This, fortunately, is because Ferree's greatest skill seems to be in choruses – nigh-on anthemic ones in 'Dog Killers!' and even instrumental, whistle and fiddle choruses ('In the Countryside'). Even better, these hooks are used just sparingly enough to confirm the solid (and most certainly not plainly average) craftsmanship at the heart of this debut album.