Nightclub Version of the Eternal 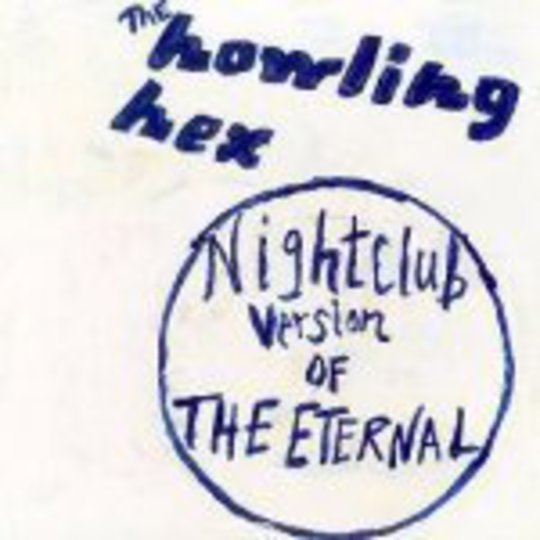 Neil Michael Hagerty is back with his latest The Howling Hex album and this time it’s less accessible than the last. Are you surprised?

After his years spent in Royal Trux, creating a sound more twisted than Twisted Sister, he could only go on to produce more ardently interesting music to pour over. The easiest way to explain this seven-track marvel would be to fling it into the concept album crate. But then isn’t all his work of the same imaginative ilk? Well, seems like this time he has gone for the less is more philosophy.

Generally speaking, this long-player is just that: long. No three-minute pop wonders here, and of course not: it’s been done already, too many times. Instead we have seven-minute wonders of intricately arranged and Lynn Madison-led tribal percussion, non-mechanical dual vocal loops and upbeat funk-rock basslines. The devil here is in the baritone guitar, and guess who wields its unpredictable free jazz power. Yes, it’s Haggerty doing what he does best. Like taking a pencil on a journey, he does the equivalent with his guitar and to another realm of intrigue he takes us. Follow...

Opener ‘Hammer and Bluebird’ comes on all warm and gooey, like a stack of maple-syruped swamp-rock pancakes laid out in an American diner. Then on ‘Lips Begin to Move’ the vocal becomes more pop, but even more repetitive, with the hypnotic line,_ "lips begin to move, lips begin to move, surrender all your mi-yii-yii-yii-ind"_. And if you want to appreciate this music, that’s exactly how to go about it.

Other songs that stand out here include feel-good jam ‘Six Pack Days’, which sounds like "following the bodies in the sun", with a carefree New Mexican attitude. And there is ‘Good Things Are Easy’ which ups the happy stakes and is amazingly calming, charming and contenting without resorting to mature cheese tactics. Yes, it is possible to be positively creative and confidently inspiring at the same time.

Although there is one slightly off-kilter track that goes by the name of ‘Out Out Out’, it still possesses a strong laidback vibe with magical percussive patterns; its lyrics, though, are a bit edgier, sounding more like fragments of consciousness which "restore dignity, passify the way, salvage to atone". Explore.