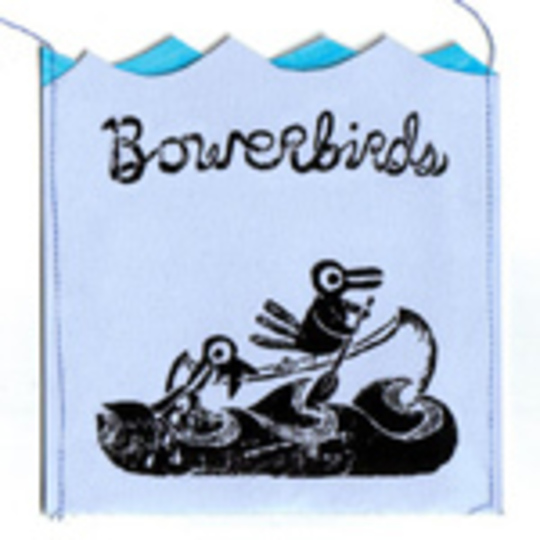 It's one of the more curious eccentricities of the indie community, the focus upon time and consumption. The most beautiful configuration of sounds could be gathered in a bedroom or basement, laid to record and released into the wild, but once enough time passes - a handful of months, a year - it apparently loses its bite, becomes second-hand. It's the reason why some readers will see that the Bowerbirds' debut EP was released in early August this year, and will - perhaps without even realising - coil up and refuse to listen. And these people would be fools. Is this EP one of the most understated and wonderful independent releases I've heard this year? It is. Does it matter that this review comes to you a little red-faced and out of breath, having had to keep up with the continual procession of praise for recent releases? It does not.

The work of two North Carolina natives, Phil Moore and Beth Tacular (with the assistance of Mark Paulson), Danger At Sea is a slight collection of six songs built from guitar and accordian, detailed with dry drum thumps, violins, and melodies like interweaving birds. It's an EP that follows Fionn Regan's path, one that doesn't make excuses for itself, one that seeps gradually into your conscious without fanfare. 'In Our Talons' steps out on the foot of Beirut that's still mostly rooted in American soil, but in plain view of his gypsy aspirations. A gutsy but playful strut of accordian gives way to a sweetly sung declaration of devotion - "No my cousins, you're not alone / You're in our talons now, and we're never letting go" - before waltzing you back through the trees.

'My Oldest Memory' is a steady parade of clicking percussion underscored by violin, pierced by minimal choruses asking "Is this an island that plots like a villain? / Or an old ghost friend we don't believe in?". It's the first subtle taste of Tacular and Moore's beautifully paired voices, a coupling that shines most brightly on the buoyant gem 'Bur Oak'. It's the closest Bowerbirds get to 'rollicking' on Danger At Sea, as melodies hide from each other only to jump out and overlap, every one of them sounding like a grin or a wink. And what more can be said, exactly? There's barely a moment on this EP that sounds contrived and over-worked, not one regrettable tongue-in-cheek flourish or desperate grab for attention. Characterised by its wonderful hand-sewn, hand-printed packaging, Danger At Sea_ is a piece of unassuming craft that not so much demands ears, as invites them in with warm jackets, flares and hipflasks.