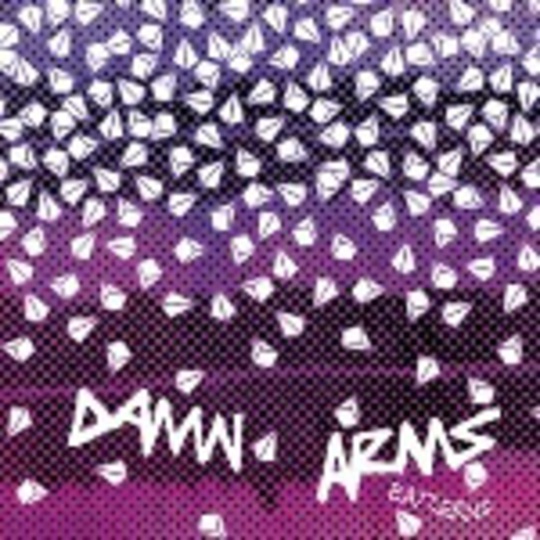 Convulsing wildly from their corner of Melbourne like epileptic kiddie gig-goers fascinated to the point of mouth-foaming spasms by We Are Scientists lighting shows, Damn Arms crash-land properly in the UK with this, a nine-tracker featuring six fresh-outta-Oz original takes on everything dance-rockin’ and a trio of hit-and-miss remixes.

The four-piece, previously holed-up in London town to a semblance of critical acclaim (see this silly review where some idiot calls them Londoners), take their deliberately-or-not cues from the likes of the aforementioned and Bloc Party, and also the whole new-rave thang. Which is in a way amazing, as these songs pre-date the current fad for all things that bleep and bang in the night, glo-sticks or open palms in the air, by a good year. Recorded back in the late summer of ’05, the six songs proper are frantic affairs, all laser-beam blasts and bombastic toe-tapping beats from outer space. Ace? Yeah kinda.

Perfectly timed though this release is – despite its obvious shortcomings, new-rave does seem a stubborn beast and is unlikely to withdraw from mainstream coverage before the release of the make-or-break (the whole scene) Klaxons album – it doesn’t feature anything aurally that you won’t have heard recorded by the likes of Q And Not U, Beep Beep, The Chinese Stars, The Blood Brothers, et cetera. This puts Damn Arms in some mighty fine company, but doesn’t exactly mark them out as anything approaching mavericks.

But then that’s not the point, as the inclusion of up-tempo remixes so readily attest to – this is music to make a man move, to have him lose control of his statuesque pose and shake it like a freakin’ maraca in the hands of The Incredible Hulk. ‘I Sink Therefore I Swam’ and ‘Quit Hushing My Buzz’ are not think-pieces, intended to prompt debate as a by-product of insightful and intelligent lyrics and avant-garde compositional play. Fuck that, you bookish bastard: take off your glasses and dance.

_ And their name’s taken from _Futurama. Really, if you can’t like this band at least – to love them you’ll have to be one terribly intoxicated young thing – then you’ve clearly no pulse pushing blood enough upwards to counteract this dizzying head-rush.