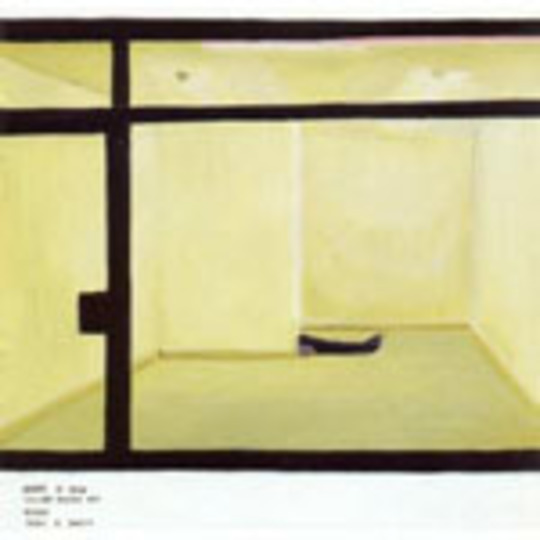 Every so often it’s easy to forget that Dead Or American aren’t the latter (it’s pretty obvious from all the noise that the four-piece aren’t dead). From Scotland though their makers are, the songs of Ends owe no little debt to the groaning Stateside grunge of the early ‘90s, the dizzying post-hardcore of the last decade’s middle, and the energetic punk of Drive Like Jehu and their similarly itchy ilk. But do such obvious touchstones make for a dissatisfying debut? Oh heck no.

Ends is, to summarise succinctly early on, fairly breathtaking at times and consistently satisfying throughout. These songs bounce and bomb like the best Biffy Clyro efforts so-far laid to tape, albeit mercifully without the over-egging, and resonate with the proper post-hardcore emotional force of Small Brown Bike, Burning Airlines, At The Drive-In, et cetera. Never overly complex, they’re immediate affairs that suck you in swiftly and choose not to let you loose ‘til the always-worth-it climax.

Does it sound a little dated? Yes, sometimes, but the band are already at work on album number two with Converge’s Kurt Ballou, which should tell you more about their musical mindset than any of the words above. Ends arrives far later than ever expected – it had to be entirely re-recorded, and computer problems delayed the mixing process – but is far from a token release, put out simply to close one chapter of the band’s recording career, even if said chapter was a lot longer than it should have been. It’s a strong punk-rock record, full of attitude and spirit, killer hooks and biting riffs.

Live, Dead Or American must be excellent if these songs are anything to go by. For now, record-wise, absolute judgment will be saved until the next long-player. But should any of the aforementioned outfits – or all of them – tickle your fancy in any way, Ends will be right up your piss-stained back alley. That’s not a euphemism, either, you filthy bastard.