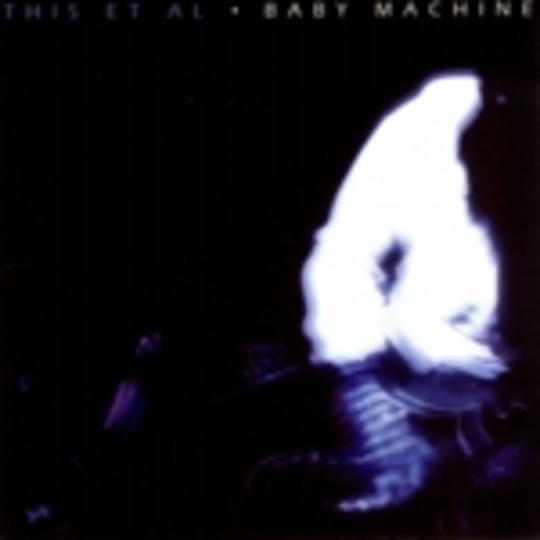 Muse-like rock gods or merely an alright quartet from Leeds? This is the question which seems to rage around This Et Al, a rock outfit who seem capable of sounding like any number of bands at once.

Their eleven-track debut practically drips ambition, from the massive two-minute introduction to opener ‘The Loveliest Alarm’ to the feedback-laden ending of the closer ‘Transmit The Ends’. For a first foray into the world of long-players, it’s supremely confident, from the seamless, barely-noticeable time signature changes of ‘He Shoots Presidents’ to the almost tangible sense of vitriol firing from the cylinders of Baby Machine’s more hook-strewn moments, ‘Wardens’ and ‘Catscan’.

At the helm throughout sits frontman Wu, whose oft-straining, versatile voice is the most likely key to unlocking Baby Machine’s little mysteries. Whilst his bandmates take every opportunity to either pound out enormous drop-D riffage like early-rising bailiffs on an unsuspecting debtor’s door, or create a Muse-esque act-closing wall of noise, it is Wu’s versatile tones which best keep the wolves of repetition at bay. His approach changes from song to song, one moment matching the texture and presence of Tom Woodhead of ¡Forward Russia!, the next soaked in so much reverb that he sounds more like King Adora’s Matt Browne, albeit with a yell in place of the sneer.

Baby Machine’s numerous plus points serve to make it all the more frustrating when things don’t quite work. Quite why it doesn’t always work isn’t immediately obvious; there are a number of occasions where the ingredients are perfectly blended, but an equal number of instances where the big ideas just don’t seem to gel. Perhaps it’s down to the murky sound of the analogue-recording, or over-compression leaving the songs dynamically flat. At other points, it’s more down to a vocal mismatch. On ‘You’ve Driven For Miles (And Not Remembered A Thing)’, as guitars burst forth from all angles, the heavyweight chords and stop-start drums need something more than the vocals that interrupt, almost like Grant Nicholas in their faintly-gravelly texture.

Like dynamite with a damp fuse, something stops this from being the true explosion it probably should have been, but there is so much effort, ambition and maturity packed into Baby Machine that it’s a shame when it falls short of the target. These occasions might be in the minority, but they’re still enough to turn the end result from great to Merely Quite Good. Fans of the band will doubtless enjoy it instantly, though their detractors will probably find little here to prove themselves wrong.