Better Than Knowing Where You Are 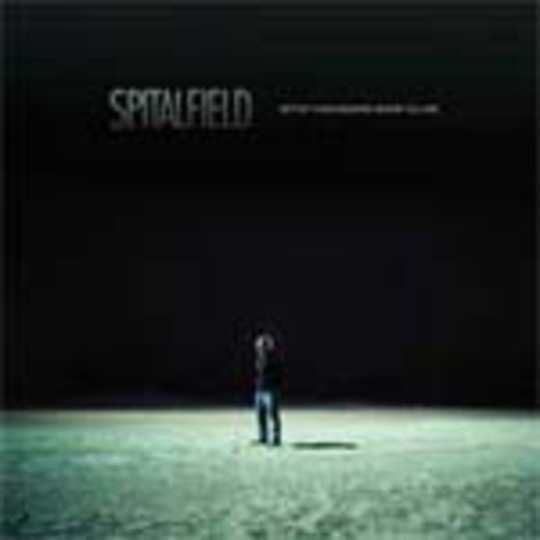 From the opening track of Spitalfield’s third album – a 24-second reprise of a sentiment from the lead single of their debut – it is obvious the band have hit a wall. Last year’s superb Stop Doing Bad Things was such a giant leap into the unknown that it proved a stumbling block for many of their fans, who were left yearning for the easy guitar pop of their first record.

In answer to this problem, the band sat down and crafted the punchiest set of songs they could possibly come up with and grafted them to their new more intricate, spacious sound. Their record label spewed forth PR lines like_ “the best of both albums in one” and thinly veiled near-apologies to lure back their prodigal fanbase, and _Better Than Knowing Where You Are was born.

While all this sounds like one big compromise, it is not the misstep it could have been in the hands of a lesser group. Although Spitalfield, or any other post-emo-pop band for that matter, are unlikely to ever top ...Bad Things' ambitious joyful abandon, album three works largely thanks to the sheer strength of the material.

Singer/guitarist Mark Rose’s songs are clever, catchy and intricately detailed all at once. The single ‘Secrets In Mirrors’ and ‘The Only Thing That Matters’ are undeniably anthemic without descending into cheesiness, while the mournful, piano-led ‘Novocaine’ is achingly heartfelt in its simple beauty. In terms of craft they are so far ahead of the Victory Records and Drive-Thru packs that it makes going back and listening to those other bands hard work, even if they were once a guilty pleasure.

Saying that, the label’s haste in getting them back into the studio has resulted in a couple of weaker inclusions, specifically the awkward hard-rock cuts ‘Curtain Call’ and ‘Lasting First Impression’, which don’t quite measure up.

With Spitalfield’s lifespan depending directly on the success of this album, and dealt a serious blow by recent splits with both their longterm guitarist and bassist, this may well be their swansong. And while it’s a shame that this time the band didn’t/couldn’t completely follow their hearts and instincts during its making, there is consolation because it remains a distinctive, engrossing listen.

The Rocks, The Paddingtons, The Enemy at The Rescue Rooms, Nottingham, Nottinghamshire, Mon 06 Nov