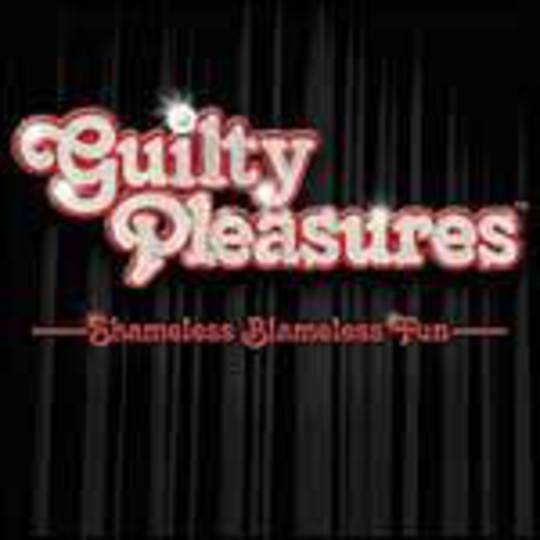 When I received this in the post, I inititally thought DiS was taking the piss. I mean, albums like this aren't supposed to be critically reviewed, are they? They're supposed to be advertised around the festive season, snapped up as an impulse buy at the supermarket checkout and then slapped on in the background while a flat slowly fills to bursting point with party guests.

They are critic-proof. Anyone who spends time debating whether 'Popcorn' by Hot Butter owes a bigger debt to Kraftwerk than to Pac-Man is a cunt. Just chew your mince pie, nod enthusiastically at the conversation you can't hear and laugh at the guy who announces, "This band's singer was well fit!" when Hanson's 'Mmmbop' makes an appearance.

According to the press notes, this compilation is the third in a series curated by BBC DJ Sean Rowley. Apparently it was compiled in the spirit of his Sunday afternoon show which "invites listeners to step into the spotlight and confess their own guilty pleasures, those things you hate to love but just can't help yourself". Taking this on board goes a long way towards dispelling the whiff of self-satisfied smugness that hangs around the title of this double-disc set of cheese - even if that feeling is replaced with a level of twee which may send you into convulsions.

Also, you have to question the wisdom of a someone who would file the music of Barry White under 'guilty pleasure'. White's track record is fairly unimpeachable, and not only because he was one of the finest musical entities of all time. He was a clinically obese man who only had to employ his gravelly vocal chords and women across the globe swooned and opened their legs as a natural reaction. He released superb music and he beat the system! Suck on that, Rowley!

Other than this hiccup, Guilty Pleasures: Shamless, Blameless Fun offers up exactly the kind of experience you'd expect from a set of this sort. The bulk of the tracklisting is made up of artists who have almost become compilation staples (Cyndi Lauper, ELO, Wham!, The Bangles). There are one or two head-scratchers (White, obviously, and what the hell is Dr Hook doing here?) and a couple of artists who raise a knowing smile (The New Radicals? Ha ha ha!).

The sequencing is tight enough to soundtrack a party. Fire this sucker up at 11 o' clock when everyone's slammed enough to dance to anything and there's enough variation on the first disc to last you until at least midnight, when the the neighbours come round to complain about the noise. Quick, invite them in and offer them some mulled wine just as the first piano bars of 'Music' by John Miles waft out of the speakers. As the cinnamon and nutmeg peel back the first two layers of their frontal lobes they'll smile and join in, rather than offer the correct response, which would be to unplug the CD player and hurl it through the window. Disc two eases the party back to life with a couple of R&B and soul-funk numbers and then it's full-steam ahead to when everyone's passed out or snogging or arguing or involved in a pitched gun battle in the kitchen - 'Nothing's Gonna Stop Us Now' by Starship will be the perfect soundtrack to any of these scenarios.

So how to rate this offering? Depending on the way your tastes run, most of these numbers range from harmless fun to crimes against humanity. So let's split the difference and call it even. After all, everyone has bopped to music like this. It's music for Christmas parties. Or a girlie night in. Or Grand Theft Auto: Vice City. How's that for a cross-section?