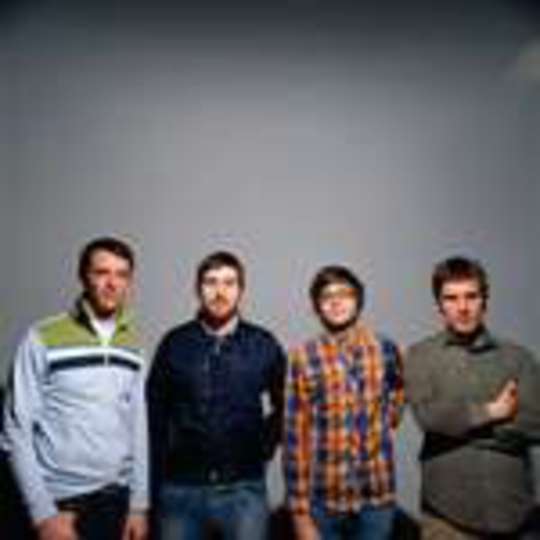 Thoroughly pleasant though it undeniably is, Tapes ‘n Tapes’_ ‘Omaha’_ doesn’t actually do a great deal. Three-and-a-half minutes of rolled percussion and repetitive lyrics, it’s a temporarily distracting piece that doesn’t once so much as suggest it’s about to get going, to grind its gears and at least half-heartedly force the pedal to the metal.

A download-only release – presumably an attempt to attract those few digital domain strays who haven’t yet become aware of its recommended parent LP, The Loon – this single isn’t in the same league as predecessors ‘Cowbell’ and the excitable ‘Insistor’; it’s a slow-paced march, unlikely to set feet ablaze but equally unlikely to be dismissed as middle-of-the-road fare. It’s nice, in a quirkily indie-rockin’ fashion.

And for once ‘nice’ shouldn’t be interpreted as damnation by faint praise. Consider this the final page of the band’s first chapter, and look forward to album two.