I Love You But I've Chosen Darkness

I Love You But I've Chosen Darkness EP 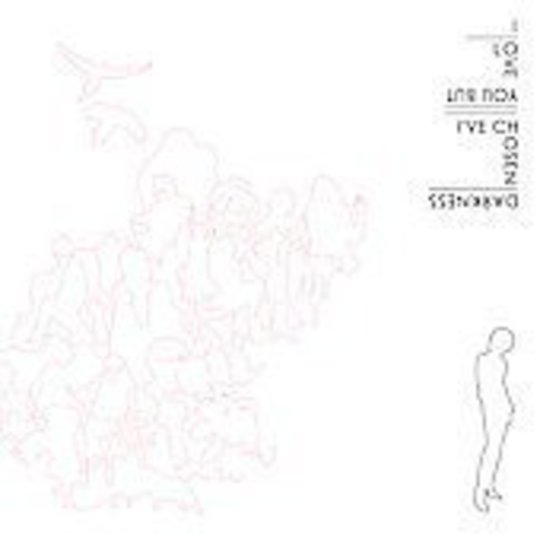 Not quite the Interpol-copyists that certain quarters of the music press have made them out to be, Texan quartet I Love You But I’ve Chosen Darkness do have their guitars tuned to the sound of hearts breaking, a la their NYC peers, but the five compositions that make up this self-titled EP are far from gloomy affairs.

While it’s true that a couple of songs here, most notably ‘The Less You See’, are rooted in rock-bottom feelings, the sparkle and shine afforded to the five lifts the pieces up and out from the glum-rock doldrums. ‘When You Go Out’ is the brightest light on show, a handclap-heavy foot-stamping romp that’d sit prettily on any indie DJ’s setlist. With a persistent hi-hat and skittering beats aplenty, the song’s makers could be accused of leaning on highly derivative influences for just under three minutes, but its execution is so perfect that a plethora of nods to artists A through Z can be entirely overlooked in favour of getting on with the most pressing business at hand: dancing.

Goth of shirt sleeve but pop of pure heart, with echoes of The Cure as evident as those of the aforementioned New Yorkers, ILYBICD’s appeal is wider than many doubters may have been led to believe. Given a proper push, and a label with money to burn, they could conceivably conquer charts the world over.