The Truth That Hurts 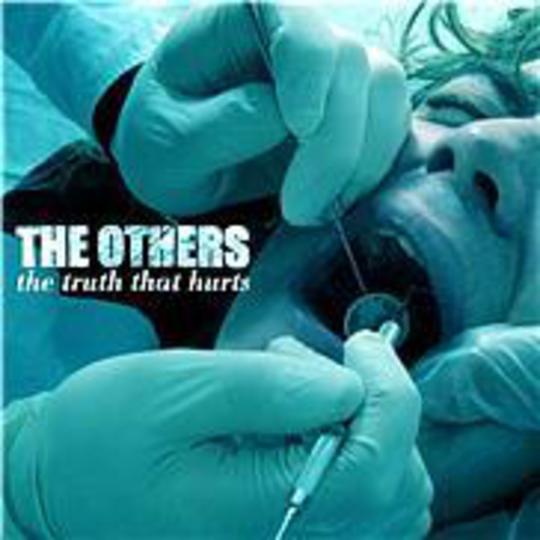 No matter how much vilification is heaped on some people, they seemingly never take the hint and keep coming back for more. Gluttons for punishment, indeed; or maybe that's us, for demanding that they persevere after all?

The Others, and particularly outspoken first self-proclaimed crackhead in music and proud of it (TM) frontman Dominic Masters, fit the sado-masochistic bill quite adequately: despite the caning their last album received, both critically and commercially (which culminated in the parting of ways with previous label Vertigo), they've got themselves a new bunch of songs, inked another (albeit less lucrative) deal, and are about to embark on another tour of Britain's toilets.

Is it worth it? They clearly think so, but whether or not anyone else cares a jot is open to debate. Plus, if their patron saint Doherty's popularity is sinking faster than the Titanic, what chance would you give this lot of achieving anything more than number 95 with a bubble wrap-sized bang?

As for the song itself, 'The Truth That Hurts' is nothing more than a by-numbers trawl through Masters' own self-pitying eyes over the injustice he feels he received during the height - if that's the right word - of his band's popularity. At least some of their previous material had memorable hooklines and sloganistic titles. This is just dull and uninspiring.