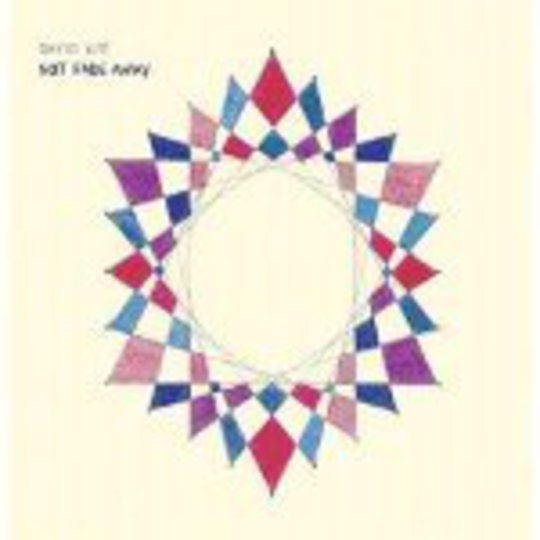 Call me an ignoramus or just a plain old lazy git, but my experience of Irish singer/songwriter David Kitt up to this point has been minimal to say the least. A lot of that is probably due to the fact that the likes of David Gray and Damien Rice have already saturated Kitt's corner of the market in ample saccharine-sticky gloss, and as a result anyone emerging with a similar point of reference from an admittedly wide-ranging genre can be dismissed with a casual "Oh no, not more of the same...".

What also didn't exactly make me want to see eye to eye with the boy Kitt was his horrendous collection of cover versions that came out two years ago, The Black And Red Notebook. Now I'm all for stamping your mark on someone else's work if improvement or even a dose of originality is brought to the table, but this merely put a size 12 steel toe-capped boot through several classic pieces of music, making it impossible to listen to the likes of REM's_ 'Don't Go Back To Rockville' _and keep a straight face again.

So when Not Fade Away landed on my doorstep, it would be fair to say a certain amount of trepidation simmered to the surface.

Fortunately, this record is actually one of the best I've heard from a solo artist in months; if nothing else it reinforces the notion that David Kitt isn't just A.N.other busker with a recording contract, after all.

Sure, he's roped in several of his buddies for this long-player: a couple of The Magic Numbers make infrequent appearances, adding a guitar line here and a backing vocal there, while Kitt has also managed to unearth several gems from his homeland if the dulcet tones of Lisa Hannigan and Annie Tierney are anything to go by.

Musically, Not Fade Away crosses several boundaries without ever resorting to schmaltz-like balladeering, and Kitt even manages to show a rockier side to his game than one would have expected, as the perky 'I Know The Reason' and recent single 'Say No More' emphasise, in big, bold and slightly amplified capitals. Elsewhere, the delicate strains of opener 'One Clear Way' and the laidback 'Sleep' sound like Robin Gibb fronting The Flaming Lips - an intriguing, if not entirely enticing proposition, I'm sure you'll agree.

Lyrically, Kitt seems to have found his muse here, and on the Moldy Peaches-esque 'Guilty Prayers, Pointless Ends' a rueful lament to less-happy days past comes to the fore. Standing out from the crowd, though, is the closing, banjo-led epitaph 'With You', where Kitt reveals "I'd rather have one chance than no chance at all."

Not Fade Away might not be everyone's cup of tea, but at the same time it is a mighty two-fingered salute to anyone who may have written David Kitt off in the past. As the man says, this record was probably the last chance saloon as far as Kitt was concerned. He's grasped the opportunity with both hands.

A Stitch in Time EP