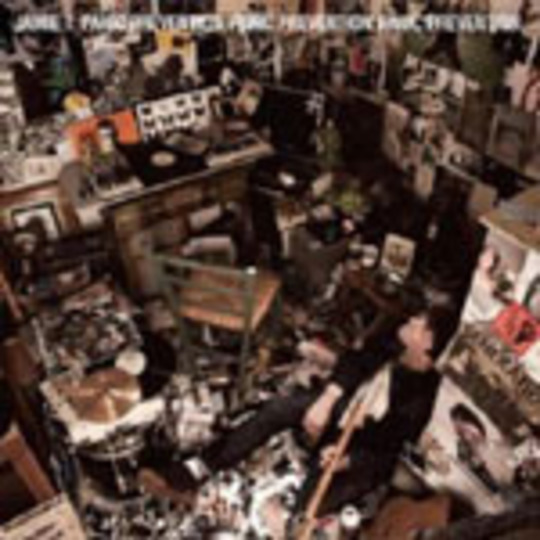 Of all the doubts raised over the work of Jamie T, by far the most frequent questions the credibility of his throat. Some say it plain - they think he's a fake, a white boy phoney. Some say that a middle-class 20-year-old from Wimbledon shouldn't drop so many of his vowels and consonants like hot potato prints. Some say he shouldn't sound so much like Daffy Duck.

Some should think about what it is they really want from music - Queen's English and whining, pining, indie-ghetto sincerity? Nah c'mon, his only claims to 'urban' are the same sort that most kids growing up at the end of a tube line will make; given a choice between the familiarities of your hometown and the sprawling, hectic slab of concrete that is London, it's strangely natural for boys and girls to gravitate towards the city. The city, after all, is a man-made territory - and you can, if you know when to press hard and when to press light enough for luck to take a shine to you, leave your dent on it (unlike the suburbs, which are an environment created by adults looking to escape the chaos of the metropolis). Jamie T has done this, working his way into London's consciousness from the outside in rather than rippling out across the provinces - a benefit arriving, perhaps, as music finds its place on the internet, even if the tag 'MySpace phenomenon' is ridiculously hyperbolic.

I'm glad that's out the way. Now I can talk about the tunes.

I've been with these tunes for a year now, thanks to live shows, internet forums (many, many thanks), and a smattering of vinyl releases. So, to be honest, it's highly unlikely that you're gonna get anything objective from this review. The songs on this album have, in their demo form, sound-tracked the last 15 or so months of my life - my iTunes play count and my nearest and dearest can attest to that. What you will get is a highly considered, comprehensive and - dare I say it - impassioned appraisal of Panic Prevention, the debut album from Wimbledon’s brightest light.

One minute 51 seconds: 'Brand New Bass Guitar' builds to a crescendo and Jamie skibs off a "pow! hey!" excitedly... 3:45: "Well issa bang bang, Anglo-Saxons at the disco" before 'Salvador' slinks away, the undercurrent to a million sex-and-violence Friday nights... 6:49: "So we're here now, we will be gone soon, but not today, not tomorrow, not the next two"; a drizzle of relief over the gut-pulling paranoia of coke-binge single 'Calm Down Dearest'... 13:44: the final chorus of 'So Lonely Was The Ballad', when it chimes back in with doubled-up vocals and an overwhelming sense of suburban avenues and Saturday lawns, as seen by late schoolboys from the windows of the bus into town... the whole of 'Back In The Game', but especially the part in the second bridge when a throat cracks through "cos now you come down and it's for who the bell tolls - oh - olls"... sick... 15 minutes 57 seconds.

I think what gets me, mainly, is that I know these songs. I know them inside out, through the layers of the lining, and I have done since I first laid ears on them - the music, which stumbles drunkenly through wicked and un-cool revival punk like Rancid and into the drive-by-night, shot-eyed thrills of hip-hop and jungle, spilling out across the doomed, sepia-tinged English love affair that was The Libertines, maps my obsessions from nothingness 'til the present day. Before that - Johnny Cash, Billy Bragg, The Clash, Squeeze - it's all there, on the mixtapes he makes for his fans and in the radius of his bitter-sweet wideboy swagger.

Then there are the words. Not much you may think, but the detail wrapped in spat-out rhymes and veiled, polyintentional wordplay means that there is just so much more to relate to than the average 'spokesman-of-the-middle-class-indie-band' can provide. Thick clouds of familiarity come pouring off of Panic Prevention, vivid as dead relatives hidden behind the clear plastic of photo albums, or wayward friends still walking the same, dark hometown streets from old haunt to new haunt, ready with the drinks when you come home for the weekend. I drank with them, I fought with them, I cried with laughter with them and all of this comes flooding back through these songs and all of this is what keeps me sane. You can see it's helpful, then, that the songs are rather special when taken on their own, too.

So, after the longest paragraph of all time, we amble back in, dazed and dizzy.

With his debut record Jamie T has - whether he meant to or not – sound-tracked perfectly the condition of being, as described in Michael Bracewell's book England Is Mine, today's ‘suburban dandy’. Caught between the aspiration of the city and the sentimental suburbs, Jamie T aligns himself with countless others - Bowie, Strummer, Weller, Smith, Doherty - who have felt that pull, and have written about it. And it's for this reason that you shouldn't doubt his credibility, 'cause whether he's covered in roses and praise or sovereign ring imprints and dried-up blood, you can be sure he'd be making the same songs.