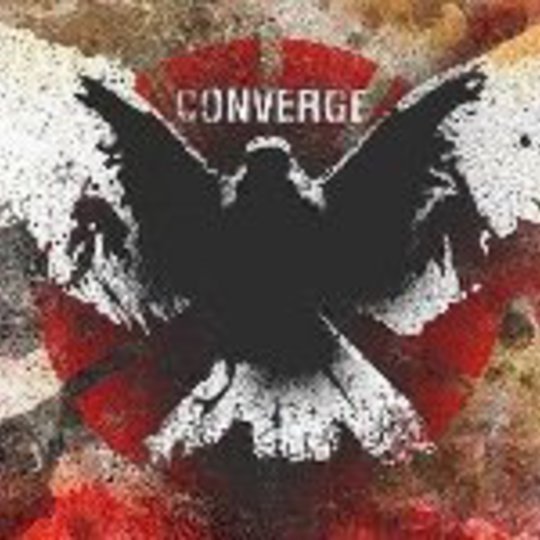 The Converge cult isn’t so underground anymore: the two years since the release of the four-piece’s Epitaph debut You Fail Me have seen audience sizes increase, the band’s faces decorating the insides of many more music magazines (including those beyond exclusively metal/hardcore circles), and their name emblazoned across the chests of fresh-faced children alongside the typical black-shirted, heavily-tattooed type o’ fan. The cult’s become crowded, swelled beyond its wildest fantasies of sixteen years ago, and expectations are electric.

Rightly seen as leaders of their field – even if said field isn’t exactly clear given the stylistic fences leapt so willingly and violently – Converge could have nevertheless left expectations in tatters with a limp second long-player for their latest label. It really wouldn’t have come as too large a surprise if the slight dilution of aggression evident on You Fail Me bubbled surface-wards on No Heroes: fans expect bands to mellow with age, and Converge are no spring chickens.

But No Heroes couldn’t be considered mellow if your senses interpreted Napalm Death as little louder than an acoustic Keane performance: this is brutal from the offset. Jacob Bannon’s vocals are as coarse as they’ve ever been, and Kurt Ballou riffs as furiously as he did on eight years ago on ‘98’s When Forever Comes Crashing; suffice to say that if You Fail Me left you a little cold with its neat melodies barely disguised by a selection of adequate but unspectacular metalcore motions, this will restore your faith like a repeat sinner given a final shot at redemption by ol’ lordy Himself.

Not one of the first five songs on this fourteen-tracker extends to over two minutes in length; opener Heartache is a magnificently crunched masterpiece of heavier-than-overweight-Americans chords and drum blasts hostile enough to incite full-scale riots in Percussionists Anonymous Meetings worldwide. The briefest of breaks come the minute-forty-three mark allows for one sharp breath before the listener is sent reeling by ‘Hellbound’, simply the most visceral-sounding slice of failed anger management to emerge from a band of commercial note this year. Although you’ll find No Heroes in the same highstreet store ‘metal’ rack as Trivium and Mastodon, Converge’s approach to the art of metal is one stripped of complications and compositional flab: this is gripping your jugular and pinning you to the pavement, making you eat the kerb and asking if you’ve any last words. It’s killer stuff.

There is one song here, though, that perhaps outstays its welcome: at almost ten minutes long, ‘Grim Heart/Black Rose’ comes on like Black Sabbath rejuvenated for a youthful and athletic hardcore-punk crowd, its doom-soaked tones saturated in bombast. Bannon croons quite wonderfully, but the deviation from caustic aural combustion and bursts of blood-spilling, spine-cracking convulsion rock feels ill-timed at the album’s midpoint. It may have aided No Heroes’ critical cause to have the lengthy slow-burner appear as the record’s closer; instead, the enjoyably manic ‘To The Lions’ sees the listener home, bruised and battered but generally appreciative for the experience.

Given repeat listens, No Heroes could work its way to the top of Converge fans’ favourites lists: every facet of raging hardcore is executed perfectly here, and the album has legs enough to enjoy many a visitation from senses slavering for disorientation. Far better than its immediate predecessor, No Heroes adds further fuel to the fire that burns brightly in Converge’s name; one that lights the sky in their cause and ensures their music is impossible to ignore, even sixteen years into their career.

The cult’s just got itself a few thousand more members…

Girl That Speaks No Words