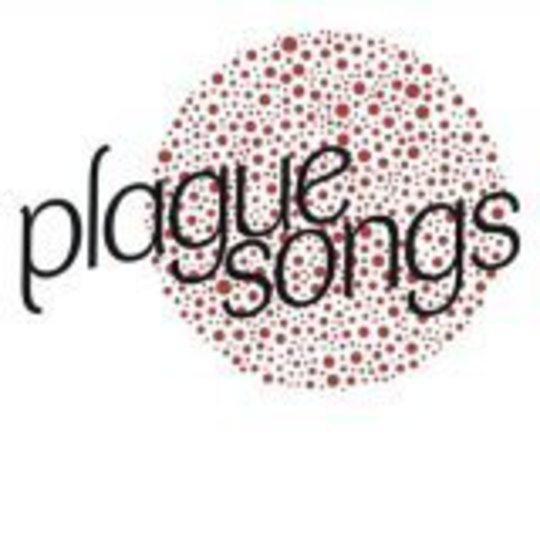 Imagine the premise: "Mr Wainwright, Mr Walker, Mr Eno _et al. We're making a compilation of original songs to depict the ten Biblical plagues. Anyone fancy writing a song about flies? How about livestock? We want your harrowing accounts of Biblical ruin!"_

Nevertheless, these songs were written by a hotchpotch of artists - top-notch, highly respected, serious artists:_ "A song about frogs please, Mr Creosote!" _Perhaps their decision to take part in the project lies in the unlikely combination of an unusual, nigh-on silly, subject request combined with a need for sombre song execution, to fit the overall theme of this project, 'Exodus (of Margate)'. Certainly a one-off album, but does it work?

This release treads a tightrope line between musicality and a circus-show of songs. Given the thematic scope, it's no surprise their are plenty of sounds originating from the 'strange' category. On Robert Wyatt and Brian Eno's collaboration about the plague of flies, Wyatt can be heard buzzing to himself, attempting to inhabit the body and mind of the fly (or so he claims); Scott Walker's song depicting the plague of darkness is a constant juxtaposition of his creepy croon and a screaming-pitched nightmare choir. It's not only the sonic aspects of this album that have great breadth - lyrical style and overall approach are greatly varied too.

Stephin Merritt, he of the Magnetic Fields, sings of "Fleas, fleas, STDs / All of Egypt on her knees / Lice, lice in paradise: a necessary heresy", treading quite different topical waters to that of 69 Love Songs. Merritt's nursery rhyme stylistics are worlds apart from Klashnekoff's - "And that's on the rizzle, play games playing with the gat 'n' grizzle / Tryna maintain while cats do diddle / Try jack me for shizzle get a blap from a steezile" - delivered well over the speed limit. I've no idea how to even begin to establish a meaning, just be known it's describing a plague of blood (probably on some 'grimy' street in London).

Give unusual artists an unusual task, and sit there rubbing your hands as they break it down, make their approach. Imogen Heap takes the academic route - she used the British Library to track down sound samples of swarming locusts to create beats and studiously learning about their life-cycle to create logical lyrics. Cody ChestnuTT, on the other hand, claims he was "used as a vessel by the Creator to communicate his Righteous Authority" and that he_ "received the Spirit of this song"_ - a song about boils, yes.

In amongst all this variety and breadth, what ends up standing out is how each artist essentially sounds like themselves. It almost takes the context of a compilation - putting each artist up against another, or between two others - to clarify what it is that is their trademark and skill. King Creosote *is shown to be an immaculate practitioner of songcraft, from the McCartney school of hooks, verse and chorus. ChesnuTT's incredibly soulful voice is highlighted perfectly between *Laurie Anderson's minimalism and the Tiger Lillie's painfully cracked semi-falsetto.

Whether this album works or not is never really decided. None of these songs come close to the quality of their makers' best works, yet they were never really meant to. There is a balance of melody and mood, and for a compilation this mood is maintained perfectly - a dark brand of uncomfortable melancholy. In the genre of albums written about the plague, this is a definite winner (but competition isn't even imminent). When you consider that this album was commissioned by Artangel, a British Arts organization, it makes best sense - this was never meant to be a pleasant hummable experience, and it succeeds in its aims as a cohesive work of 'art'. It creates thought and exploration within an original topic.

The Sun's Gone Dim And The Sky's Turned Black