Lay Down The Law 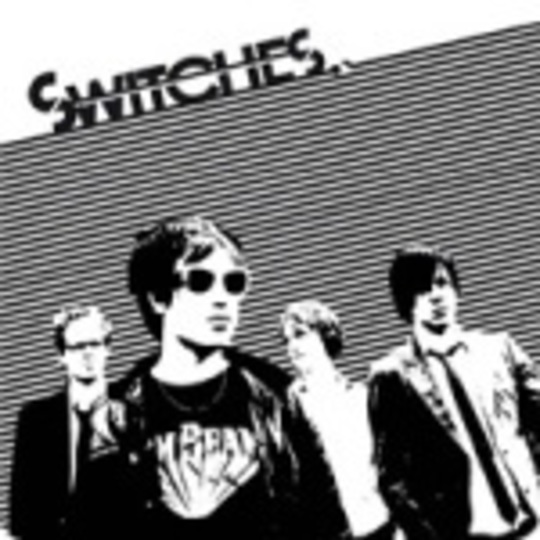 If you squeeze your ears hard enough you can hear Franz Ferdinand at the beginning. Then it goes into "we’ve laid down the law so what so what the hell are you here for", which turns out to be its main hook. At least* Switches* are being faithful to the song title, eh?

Which I doubt impresses their girlfriends, seeing as how bossy the band are being on this song. And let’s face it, what girlfriend nowadays would want to obey any law that’s been laid down - she might as well be living with your dad. And that statement leads us, appropriately, into classic dadrock territory with a few "oohs" in the middle eight that transforms into a predictable chorus breakdown.

Along with ‘Lay Down The Law’, this release features three more tracks. Which is very generous. But needed? Well ‘Solid Gold’ _clocks in some Queen-esque vocals and Slade-alike chunky guitar. But someone tell The Darkness not to throw in their sweat towel just yet, as next track ‘I’ve Got A Problem’ brings the atmosphere of the Guildford ghetto pub underground with it. It sounds like a cheap flirt between Chas ‘n’ Dave and Nobby’s Nuts after several pints. Last track ‘She’ll Push Me Away’ _is all dreamy-sounding and reminiscent of The Beatles.

So there you go: if you like getting totally wasted on beer and listening to simpleton music that involves chanting along to songs like you are at a footy match, then the Switches are for you. If not, get your cattle prod out in case they get any closer.