Money Is The Drug 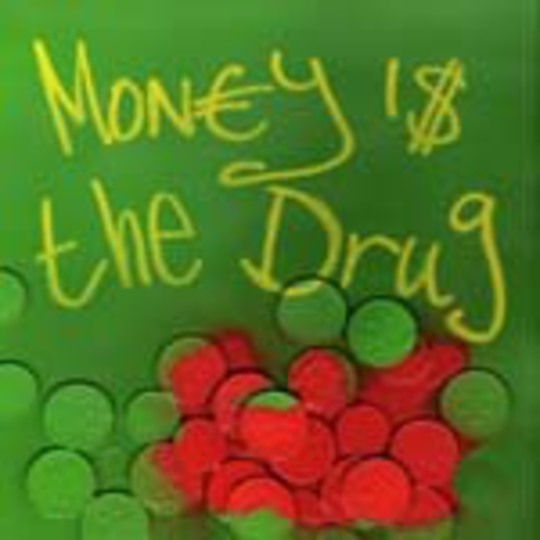 Like a cross between an end-of-term performance in a nursery school and the end of the world as we know it, 586 mix guitars, synths, cow bells, heavy breathing and comedy horn effects into… well, quite frankly, anarchy. High-speed low-fidelity attention-deficient flailing anarchy.

Over this chaos, two vocal parts weave in and out of and holler over each other, a boy-girl counter-attack who take it in turns to gabble out the too-fast-to-take-in main vocals. Meanwhile, the other side anchors things down by repeating “Money is the Drug” or “HSBC trying to get me” over and over again… And it rinses and repeats until what ranks among the best call-and-response moments ever: “So where do you spend it?” “I spend it on gin”.

Quite what any of this has to do with anything, or indeed with itself, is hard to tell – but it's also somewhat beside the point. What matters, you see, is that 586’s hyperactive aural mish-mash contains a whole week’s RDA of gleeful irreverence and joyous hip-shaking in the space of a 2.26-minute single. Which seems to me to represent something of a bargain, really.

Jeans Goes POP!, Cedar Noir at The Forth, Newcastle Upon Tyne, Sun 08 Oct