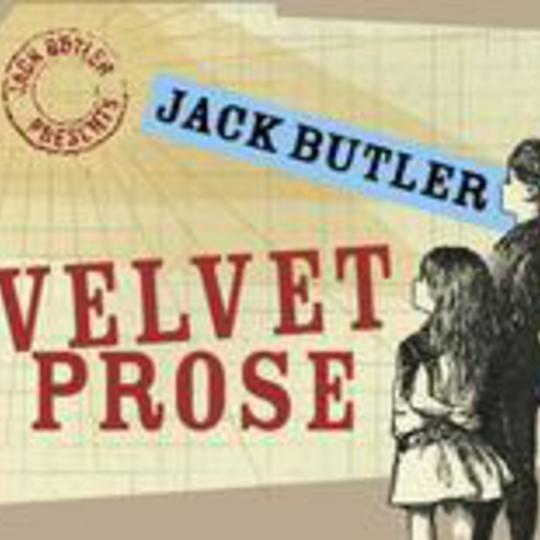 With a name that conjures up images of a crime fiction (rather than Christian-orientated Pullitzer Prize nominee) writer sat by his typewriter, glass of port in one hand and half-chewed cigarillo in the other, this Jack Butler couldn't be further from the logical stereotype. Or should that be these Jack Butlers, as they are actually a four piece band hailing from the musical dormitory that is Stirling.

But enough with the introductions - let's get straight down to business, as that is exactly what 'Velvet Prose' does. "She sold her soul... to the martyrs," bellows frontman Liam Kelly over an intricate guitar riff that echoes both the Postcard sound of the first wave of post-punk and the more recent work of Bloc Party, without aping either. Add a slice of funk-induced beats and you've got a serious contender for The Sunshine Underground's title as new rock/dance crossover kings.

Elsewhere, b-sides 'Candles' and 'He Got No Game!' follow a similar path, the former initially sounding like a natural follow-up to Boy Kill Boy's_ 'Suzie'_ before Kelly's voice lifts it out of the seen-with-the-scenesters ordinariness; the latter, meanwhile, is the kind of sprightly pop the likes of The Cure and The Associates churned out for fun two decades ago.

All in all, any one of these three songs could have been a single in its own right. For a debut release, it doesn't get much better than that.