Welcome To The Black Parade 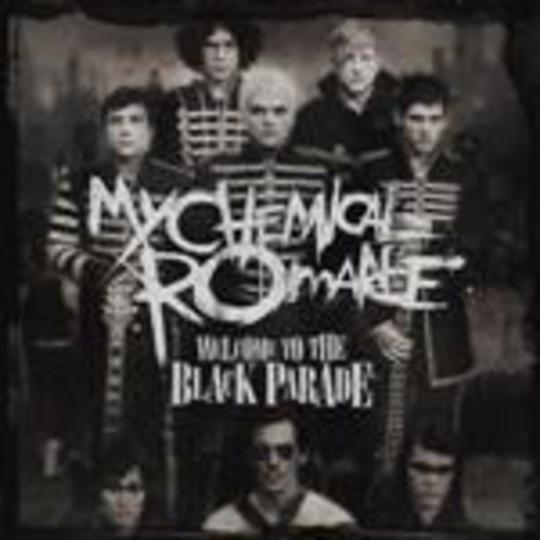 You’ll feel better once you accept this, really; it will be okay, I promise.

My Chemical Romance’s rise has peaked, somewhat, with this single: freshly installed at number one in the UK singles chart, and rightly so considering its nearest rivals, ‘Welcome To The Black Parade’ is the most attention-grabbing lead track to precede a much-anticipated album since Radiohead’s ‘Paranoid Android’ and OK Computer double-header back in the mists of indie time. Immediately recognisable as a MCR jam – super-sized pop-rock hooks are shoehorned into drums that pound like a Saturday morning hangover – but possessing newfound facets of over-the-top indulgence, ‘Welcome To The Black Parade’ is, probably, the best number one of the year since ‘Crazy’.

Where Gnarls Barkley’s breakthrough arrived stealthily, though, propelled to its success on the back of a timely television advertisement for some DJ or other’s radio show, MCR’s most-brilliant offering to date was shrouded in thick veils of hype. That it emerges unscathed by such pre-release talking-up is a testament to its overriding qualities: this is loud, brash, tuneful, fun, disposable… it’s perfect pop disguised as some newfangled sub-genre feared by middle-class mothers and fathers across the land.

Your sons and daughters won’t hurt themselves to this song; they won’t mope about the house, sad eyes and disaffected scowls upon their faces. They’ll be air-guitaring like Brian May and battering invisible skins like the ghost of John Bonham. This is rock music absolutely in the tradition of Queen and Led Zeppelin: ridiculous in its pomposity and fantastic in its smile-inciting execution.

Best get used to it: My Chemical Romance is pop’s New Favourite Band. Stuff your mainstream-confusing pigeonholes full with bands that mean nothing, as this quintet’s future holds nothing but acclaim beyond the rock and indie press and success enough to propel them to the stars.

God Save You (Amerika)