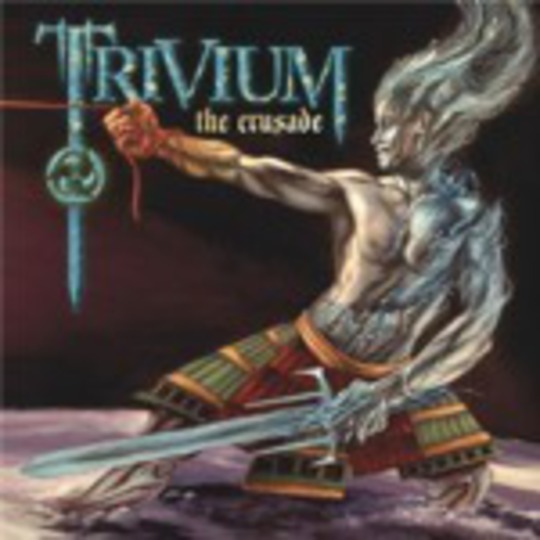 With their third full release, *Trivium *have seemingly stuck their noses up at those who may have suggested there were hints of black and prog metal in their sound by going all out thrash. One hundred per cent. Slightly disconcerting is the fact that Matt Heafy’s previously harsh, growling beast of a voice has morphed into something replicating an early-‘80s Hetfield, and his bandmates seem content to perform a meld of similar-era Megadeth.

Eschewing their previous tradition of an extremely long-winded but ultimately satisfying intro, ‘Ignition’ _is a thrashy affair with vocals bursting through quickly. Heafy’s vocals are different from the start, suffering the famous Hetfield inflection at the end of every sentence. The adopted style is most noticeable in the outstandingly rhythmic _‘Unrepentant’, where some vocal moments seem stolen from a ‘Tallica b-side.

It’s those rhythms and general guitar virtuosity that sets Trivium apart from the rest of the current crop of solo-dependent metallers. With The Crusade, the Floridians have taken everything all up a notch and have given many of their peers a new benchmark to rise to. It is not so much the thrashier songs that showcase Heafy and Corey Beaulieu’s magical fingerwork as the intricacy often gets lost in the general fug, but when they take care, like on _‘Tread The Floods’ _and the title track, they can beat anyone, anywhere, with shredding power alone. Hello arthritis.

There are more songs ending with “-tion”: ‘Entrance of the Conflagration’ _is another Megadeth-style thrash affair, and while it may sound tiresome on paper there is a variety in the songwriting that makes this album a very enjoyable experience. This is clearly a result of the songwriting input from bassist Paolo Gregoletto as well Heafy and Beaulieu, which has birthed some disgraceful Skid Row-type anthems. Accordingly, they have called one of these songs _‘Anthem’ _and the other _‘To The Rats’.

Heafy is a master at writing slow anthems that every kid will lift their fists to, and with the epic _‘And Sadness Will Sear You’ _he has outdone all his previous efforts. Written on a seven-string guitar, this song will blow everyone’s mind when they play it live. There are no anthemic refrains or sing-along call to arms closing the album, just eight minutes of fingertip-stripping solos and jaw-dropping signature changes. Turning themselves on their own head, a massive and mental instrumental, the sort that that they have become renowned for, closes this record.

_The Crusade _shows that Trivium have laboured to create a much more palatable sound, and while they have stolen all of their heroes’ favourite riffs they have managed to walk away without looking like a shifty handbag thief. Instead, they have constructed a solid album that will prove to be very, _very _popular with young and old alike.

Nothing's Going To Change Your Mind

The City, The Airport