For Hero: For Fool 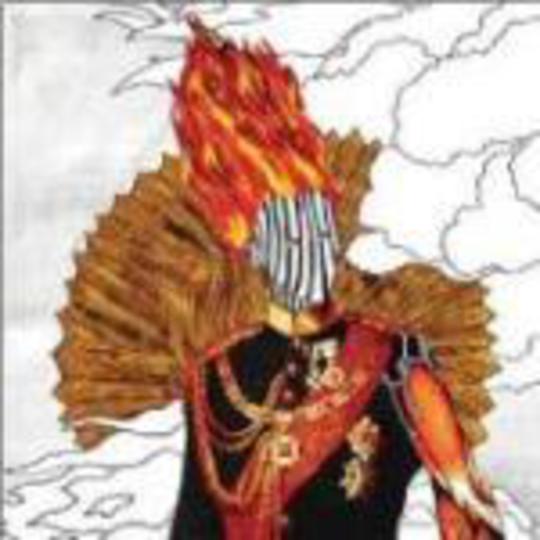 Circumstance shreds linear existence; life is blindsided by movements through space; as no being stays still, life moves into and out of pure homogenised sedation and we nod as one. On a freezing cold night on the 24th of February of 2005, as humanity loses and gains its fellows, as ideas and love, sins and hate, bid adieu and make their entrance to our suddenly empty canvas, musician Dax Pierson teetered on the edge of an abyss and held onto the frayed rim of existence until regaining a packet of breath – then **Subtle** fell back into the fabric as one and _For Hero: For Fool_ reappeared on our collective radar, the pink hankies of Pierson in tow.

Is it crass though to place life, art and the taking of one to deny the other on the same axis? Within the confines of Subtle’s work, it’s a resounding no. When music is this visceral and so right on a spiritual level, when talk of beats and wordplay become irrelevant to the portrait that is so glowingly decorated, it looms high above meagre human notions of mortality. Words plucked from streams of conscience and mangled to conjure pop imagery beyond mere inventiveness; massaged instrumentation transforms deformity into Technicolor hooks, snapped through nerves creating minor tremors due to these wild flights of fantasy orchestrated by the Subtle collective.

A brief interlude if we may, for the maths: Subtle is the melded input of Adam ‘doseone’ Drucker, Jeffrey ‘jel’ Logan, Jordan Dalrymple, Marty Dowers, Alexander Kort and Dax Pierson - and if that line-up strikes you as one that should belong to anticon, you’re not alone. Externally and contrarily to the above details, Subtle’s presence on LEX/EMI doesn’t transplant their very anticon traits – they remain eternally committed to the manifesto of the progression of music and with _For Hero: For Fool_ have outdone almost all material released by anticon with regards to vision, bravado and musical breadth.

Thematically, Subtle paint broad strokes with tender pokes at the listener; sinister goings on within domestic bliss, the mincing nature of everyday struggles and aspirational dreams flipped and achieved with sterile compromise. Drucker emotes on _‘Middleclass Stomp’_, _“Like a leading white male should be / Like a man who's had every single nerve removed / Swapped with copper wire, been given gazing globe teeth / Had both eyes capped off with factory glass”_, with a verve and, crucially, a humour that is sometimes missing in the six artists’ previous work. Humour that exposes itself once again on _‘Midas Gutz’_ where dose experiments with the sinister in the silly: _“Charles Bronson’s angry and gay only daughter / Ice Cube back from when he was hard / And a framed 8-by-10 of Joe Namath's kneecaps”_ and _“Turned up with nothing but a loin cloth / To protect your tender penis from what's danger and the wildlife”_. Not crudeness for crudeness’ sake, but twists into surrealism that serve to challenge the fallacies of manhood and competition.

On _‘Bed To The Bills’_, post-rock is raped by demented Brian Wilson melodies and trampled by doseone’s nasal highs and relentlessly fluent flow. That flow, that flow that seems to mould into something altogether different at every song gap, is not so much a flow but a cadence used to thread his free verse into the beats allowing the record to spontaneously turn yet retain a sensationally entrancing grasp on beat and listener. When I say this, I mean it completely: doseone’s vocal performance on _For Hero: For Fool_ will go down in legend as one of hip-hop’s finest.

Where he reigns supreme vocally is in his orchestration of each song’s arrangement he dictates. Pictorially envisaged, demoed through the introduction of each member’s aural ejections and finally cut and pasted into the most _skewed_ skewed pop ever heard. It’s like the coolest _Power Rangers _episode you’ve never seen, then. This isn’t boundary pushing as such, because you sense boundaries never existed at all in the mind of doseone – there’s a spherical creative zone in that head of his, and if he’s going to find himself isolated one day it’ll only be when he finds himself where he started.

And it is that - an unshakeable belief in their combined artistry - that propels the record into godly stratospheres. Where some would find themselves buried under this conviction, Subtle take it, insert it, and run off it until their output resembles something like a Picasso painting: obtuse, disjointed and just so damn beautiful. Pretentious will no doubt be canonised by haters, but Subtle are _not_. Pretension is ripped away from them and shrivelled into something only useable by those unwilling to be sucked into their singular universe – phrased in the least pretentious way, of course – where love, life, music and death all coincide nicely in a hip-hop record. Where Subtle use many words to convey many things, I will use one: perfection.


Donate to the Dax Recovery Fund