So This Is Goodbye 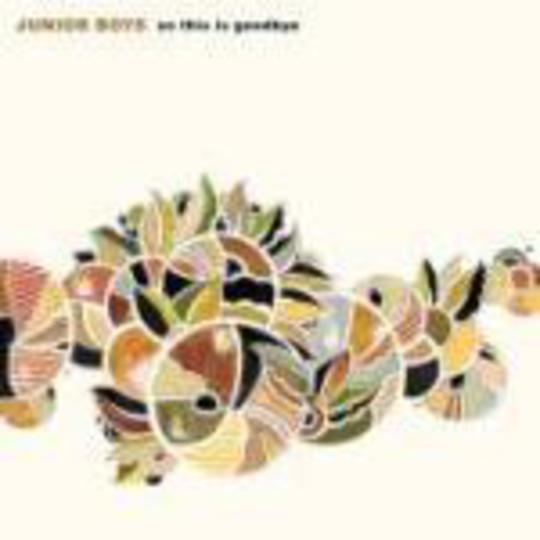 Junior Boys make the beats for a city that doesn’t yet exist – futuristic, cold and a vacuum of any human emotion. ‘Double Shadow’ is the opener, where a voice, half artificial, mutters words snatched from conversations overheard in curtain shrouded city rooms: “deep sleeps / catch up / young pup / close shave.” To the electronic clipped sounds, shadowed figures could be playing a dark hide-and-seek, moving between slick office outer walls and iron-clad industrial estates.

_ So This is Goodbye_ treads a line between high-sheen futurism - too clean and glossy to care about - and tarnished degeneration. Snips of an acoustic string vibrating in_ ‘In the Morning’_ pins together an understated melody with just a little warmth (and thereby creates the melodic high-point of the album), while _‘The Equaliser’ _allows simple synth tones to sink, as if played on a tape-player with batteries failing. These moments where the gloss surface is punctured and the tarnished substance beneath is revealed are, unfortunately, few.

_ ‘Like a Child’_ and ‘Caught in a Wave’ barely register on the conscious mind – as the album draws to a close, the menacing tones that were present earlier have drifted away, leaving the listener drifting to sleep. The vocal harmonies are quite gorgeous, airy and elevated, but the kind of gorgeous that carries a guilt of perfection – too nice, too made-up, fake.

Much like the structures of the mystery city that the waves of clicks, beeps and arpeggiatic synths travel around, the beauty of this album is slightly heartless and distant, with only flashes of past concerns. ‘FM’ sings of_ “crooked roads and static codes”, reminding us of a world that these songs can’t belong to (it’s also reminiscent of The Postal Service: dance music to sit down to). _‘Count Souvenirs’ takes time to identify the details of human life – “your favourite shirt / traces of dirt build inside the bedroom door” – and in a little awkward shuffle beat, tells us “please don’t touch”; don’t leave a fingerprint, don’t destruct the last remains of a warm breath in an ice-cold existence.

_ So This is Goodbye_ is the perfect example of how aiming for perfection in music can end in alienation.