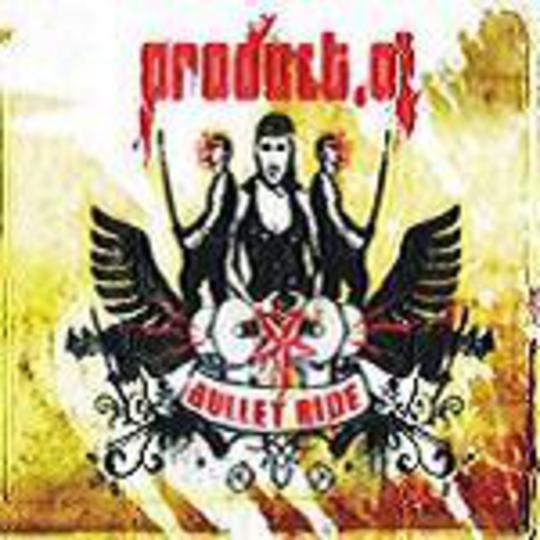 Continental electro-pop duo Product.01 have, says their press release, acquired something of an_ “international cult status” _in the world of the cult-status clubber. If all the bands who claim this were actually speaking the truth, said underground scene would have to exist in some strange, parallel space-time dimension in order to allow it to be sufficiently infinite in size to provide a cult following to every slightly-electro band in the stratosphere and still remain cliquey…

In this case, however, I’m inclined give the PR the benefit of the doubt, because Product.01’s debut album Bullet Ride has everything one would expect from an uber-cool synthclub favourite. Crisp, whipcrack beats and smooth electronics make for a clean, clearly defined sound, emphasised by a seamlessly sleek production which puts this firmly in the 'pop' section of your local music store.

Bullet Ride mixes pulsing, highspeed dancefloor numbers and more laid-back concoctions (which remind one a tad of Homogenic-era Björk) into a feelgood album whose sexiness is subtle and playful enough to render it more interesting than yer average Bleep, Bump and Grind synth-pop package.

The strobe-lit disco fun is tempered and given texture by a light-of-touch inventiveness which adds elements of ambient oddity, warped vocals and destructive effects to the otherwise clean whole, thus making_ Bullet Ride _something more than a 'play while getting ready to go dancing' album. A mixture of hot glamour and cool technology, Product.01 might be parading along fairly well-trodden ground – but they do so with such seductive flair that it’d be frankly churlish to hold that against them.

Math And Other Word Problems