Dawn Of The Replicants 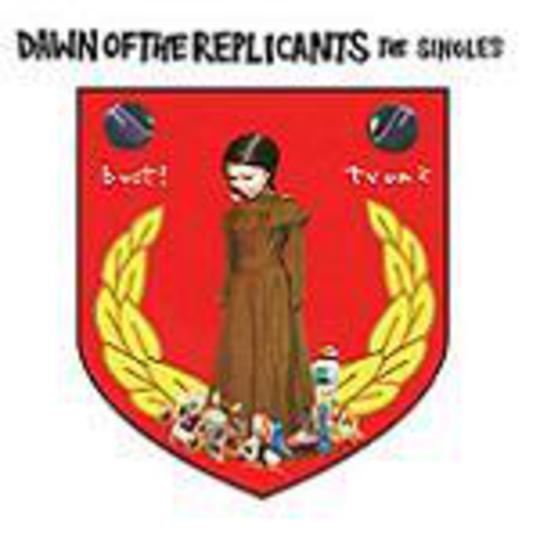 After five albums, one mini-album and ten whole years of productivity, Dawn of the Replicants have decided to put their singles onto one 22-song-long CD, dub it Bust The Trunk and sell it to you. Yes, that’s right, you! For the proceeds of a few hours' hard graft down the mines/up the chimneys/kicking the shit out of other roosters with metal blades attached to your feet, you too could get your filthy little hands upon this career-spanning über-album*.

Should you do so? Of course you should. Dawn of the Replicants are, you see, really rather fantastic. Equally comfortable oozing an unsavoury aura of cheap, whiskey-sodden debauchery or firing off dirty, adrenaline-inducing musical speedballs, they pair complexity and cynicism with an emotional immediacy which means they can boast both pop impact and intriguing depth, the greedy bastards. Accompanying this mixture of jeer and openness, full-on, blasting guitars alternate with softer near-acoustic numbers, with additional texture provided by saw, harmonica and the occasional blast of kazoo.

Along with tunefulness, humour, showmanship and occasional bouts of futuristic fuzziness, Dawn of the Replicants always maintain a kind of primitive, shitkicking (in a positive way, of course) rawness. It’s this quality, very much their own and balanced equally between the maudlin and reckless elements of their sound, which pulls the whole thing together into coherence and lets this album range from world-weariness to euphoria without ever seeming inconsistent in its approach. In this context the sweet, almost Beach Boys-like harmonies of ‘Mary Louise’ and the sneering _“get the fuck off my land, pretty-boy” _venomous drawl of ‘Hogwash Farm’ make perfect sense next to each other.

Obviously, there are stronger and weaker songs here – but if you were to add it all together and take an average, the consensus result would definitely be 'Superb'. If you’ve already got all the albums,_ Bust The Trunk _is probably surplus to requirements. But for those who haven’t, this collection is a good first step on the way to granting Dawn of the Replicants the attention they deserve. Recommended? Fuck, yeah!

*And if your little hands really are filthy, get some fucking soap while you’re at it. Jesus!

I Believe In The Way You Move (re-recorded)