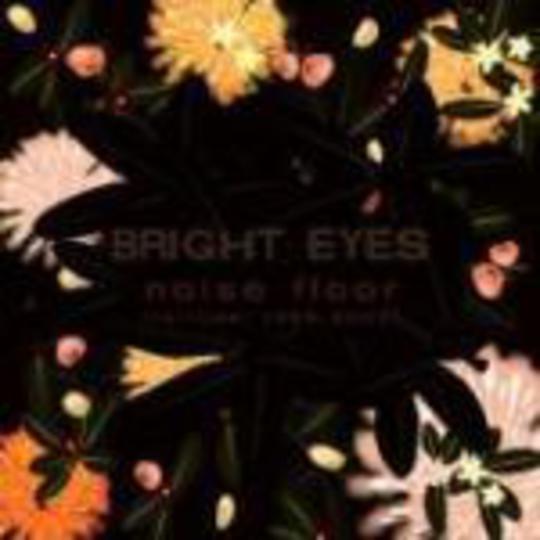 He's still only 26 years old, yet Conor Oberst seems to have been around for a lifetime. But bearing in mind that his first known recordings were committed to vinyl whilst barely a teenager, to a large extent he has.

Back then, of course, no one would have had any inkling that Oberst or his Bright Eyes persona (not forgetting long-time but regularly under-accentuated cohorts Mike Mogis and Nate Walcott) would become the phenomenon that it is today. Noise Floor is a collection of singles, outtakes and, in a couple of cases, unreleased songs that doesn't quite go back to the very beginning of Bright Eyes' career - it covers enough ground for the intrepid newcomer to familiarise themselves with Oberst, while at the same time providing an invaluable artefact for devotees both old and more recent, particularly those who only first put an ear to the ground around the time of 2002's Lifted....

For someone who finds himself often credited - if that's the right word to use - as being the godfather of all things emo, it is perhaps worth noting that, occasional lyrical themes aside, Oberst has more in common with a latterday Bob Dylan than any rock bands commonly associated with this most unfathomable of genres.

If anything, Noise Floor could be seen as a big middle finger to the sycophants and parasites who patrol eBay, selling their wares, as the majority of songs on this album were previously only available on seven-inches that now sell for a week's wages at Satan's online auction house.

What this means is that you get the gorgeous 'Happy Birthday To Me' from 2001's 3 Hit Songs... EP, where the initially mournful Oberst suddenly breaks out into a glorious fanfare of "some things just can't wait" as the song's about to end. Likewise, 'Motion Sickness' and 'Soon You'll Be Leaving Your Man' (from 2000's even harder to find_ Blood Of The Young_ release) both make a welcome appearance. Add to that two unreleased songs with M. Ward - the latter of which, 'Seashell Tale', is a haunting acoustic lament that may, in years to come, be considered as one of Oberst's finest moments - and you've a thoroughly decent package.

As with every rarities compilation, there are also some selections that probably should have stayed unreleased - the opening, half-arsed 'Mirrors And Fevers' for one. But on the whole, Noise Floor is a fascinating concoction of delights that documents the rise of one of underground USA's most prestigious talents. Now, when did you say that new album would be ready, Mr Oberst...?

Orbit Around You / In A Blizzard In A Lighthouse