Some Thing Came Up 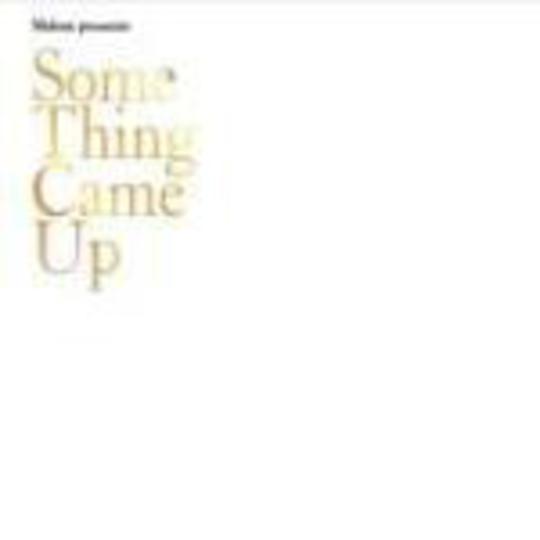 **Mekon**, with this follow-up to the smashing double-a-side single released last month, has shown himself to be a very nice man indeed. Not only is _Some Thing Came Up_ an early contender for album of the year, it’s an album in no need of the tired, hyperbolic cliché normally bestowed to all things edgy and electronic. ‘An album that grabs you from the beginning’? No, this is like being pummelled by an abusive drunkard – them grinning from ear to ear - one hand on any particularly useful body part of yours, the other roundly helping your head find the adjacent wall. ‘Apocalyptic mood?’ Nuh-uh, this is the album for those _orchestrating_ the end of all things - the Four Horsemen of the Apocalypse will no doubt be amplifying this through boomboxes while stepping on Norfolk. ‘Not to be listened to in the dark?’ Oh my no: whether in a tanning booth, Egypt or glaring into Dale Winton’s private life, this album will find the evil lurking in the brightest of surroundings. I’m _**glad_** this sticker exists – if this album spreads through the country, parricide will follow.

The exact thing, of course, you’ll want to be hearing if you’re a fan of rave-cum-electro - which I am.

The swagger and stutter of _‘Blood On The Moon’_ seems to be more aggressive wedged into an album and the opposing side of the first single, _‘Boy Bitten’_, is similar – the first track, it’s a prelude to the menace with the mechanical tones of Rita Brown an almost Orwellian warning of an impending atrocity. As two slices of perfectly balanced sleaze and home to The Single Of The YearTM, it’s incredibly liberating to inform you the album is in no way shadowed by them.

The bombastic _‘D-Funktional’_ (featuring the inimitable Africa Bambaataa) and _‘Yes Yes Y'all’_ employ the same sunken, distorted vocals surrounded by enormous bass and sharp jabs of guitar. Mekon, in amidst the burrows of talent he possesses, is essentially one to make others move and these tracks just demand the listener fall and rise in unison with those elastic vocals. These are those songs Fatboy Slim enjoys to jump to with his arms flapping like wings, essentially.

The instrumental tracks – _‘Some Thing Came Up’_, _‘G.S.E’_ and _‘Maria You First’_ – bring to mind the final scene of _Apocalypse Now_ soundtracked by Death From Above 1979. If Mekon were around in 1979, Coppola may have been tempted to substitute The Grateful Dead’s druggy wanders with the brash, overt aggression of _Some Thing Came Up_. It’s a thought…

…that will have to wait 'til time travel comes about. For now, this piece of aural hostility will have to stay put. Exhilarating, oddly inspiring and unafraid to stick its finger in your eye, I for one will be bouncing, causing a 0.4 on the Richter scale and thanking science for its inability to take this album away from this very era.

Play For Your Life